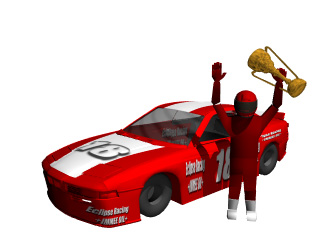 I can’t begin to imagine what it must have felt like when Goliath criticized David. OK! I’ll admit it was much worse than just a criticism. Goliath loathed this kid and his words were intended to intimidate and humiliate David. “Do I look like a little dog that you can run off with a stick, was the meaning behind the ridicule of the towering giant.

I love, love this part, David wasn’t intimidated. He was like the proverbial duck that enjoy a good splash, because the water can’t penetrate the well-oiled feathers. Goliath’s words didn’t penetrate David’s armor.

I know you know this story and your mind probably just ruffled in protest. Maybe you’re thinking, “David was not wearing any armor.” But I disagree; he had the shield of faith. How could he wield that shield of faith so skillfully? Little comments seem to demolish my ego? He faced a formidable foe that had the entire Israeli army wilting and cowering in fear. What was his secret?

Two things kept him cool, calm and collected. First, he knew the source of his faith. “…but the people who know their God shall be strong, and carry out great exploits.” (Daniel 11:32) Secondly, he rehearsed his victories. When King Saul complained that he wasn’t mature enough to handle the job, David rehearsed defeating the lion and the bear.

I don’t know about you, but somehow I forget the good things I do, but I can remember stinging criticism for years and years. I remember the complaints far longer than the changed lives and the people ministered to in the altar. But, if we want to experience greater victories, we must lift our focus from the defeat to Jehovah Nissi who always causes us to triumph, even in the face of criticism, lack or disaster.

One way I have discovered to rehearse my victories is by rereading letters, cards and praise reports from a file in my office. I re-read them today. They didn’t puff my ego. They made me want to pray harder, touch more people, and win more victories through the power of God. (Continued tomorrow)