The turkey seems to be the official symbol of Thanksgiving. Not that I’m against turkeys, as a matter of fact I love them.  I married one. LOL Honest, I love them.. on my plate, right beside the dressing. No, seriously I do love turkeys. Our woods are full of them. I hear loud gobbles almost every morning as I sit on my back porch having my devotions. I counted about thirteen of them as I walked down a trail. They were zigging and zagging their way up from a stream flanked on both sides by steep banks. I stopped to watch them amble and feed, but when they spotted me these brown, big birds with their distinct forward head-thrust reeved into a power walk and then burst heavenward into flight. 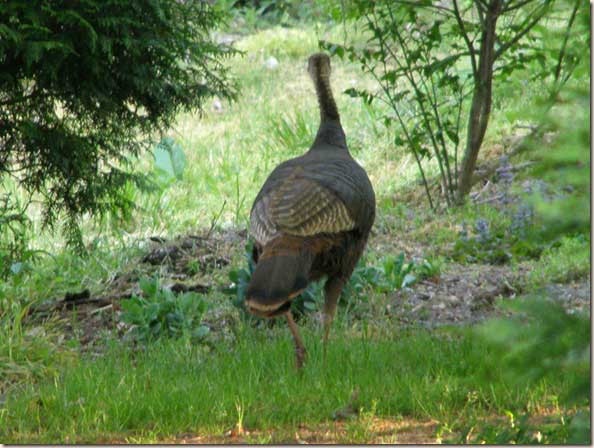 I love turkeys, because my grandchildren love turkeys. Jason joined us and the grandkids at the cabin one day. The grandkids wanted to see turkeys. It was a little late in the morning, but we loaded into the car and began to drive up and down the hills straining our eyes to spot one or two of the masters of camouflage that filled our woods. Jason spotted three turkeys. So with passion akin to his mother’s, he ordered us to stop. Jason grabbed Brayden, who was pretty small at the time, and began to run in the direction of the turkeys, just so Brayden could get close enough to see one. Jason didn’t know that those skinny birds can run twenty miles an hour and burst into flight speeds of 50 miles an hour. Brayden didn’t see the turkeys, but we made a memory.

I love turkeys, honest I do, but turkey day? If you’re a hunter I understand your enthusiasm, but if you’re talking about Thanksgiving…really? A turkey…the symbol of Thanksgiving?

OK! You think they’re cute. Have you actually seen a turkey? They don’t make my list of cute…interesting–very… cute–not so much! Delicious? Now you’re talking my language. I can’t wait to pile my plate with potatoes and gravy, southern cornbread dressing and yes, I’ll have turkey on my plate, especially since Jason is smoking the turkey this year! I love smoked turkey.

Maybe a turkey should be the symbol of thanksgiving, because a whole lot of gobbling will be going on! Most of us will gobble our way through the green bean casserole, the sweet potatoes with toasted marshmallows, and through the homemade bread and right on through the carrot cake with cream cheese frosting. Gobble. Gobble. Gobble. 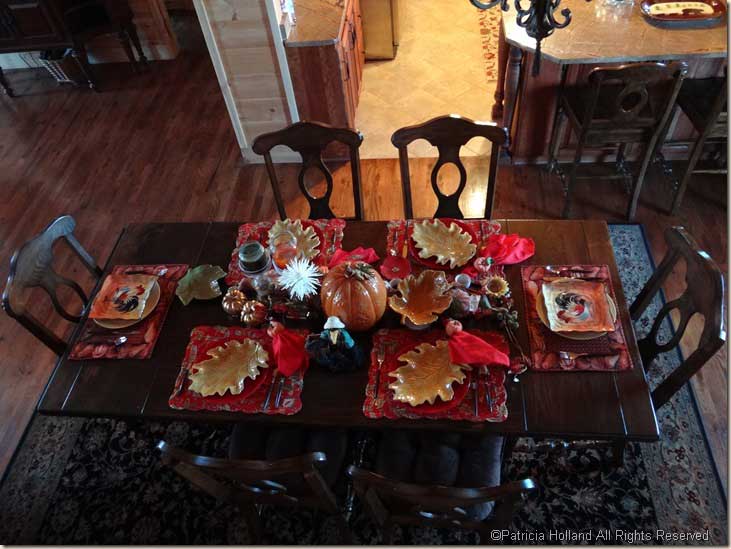 I get it and I do it. I gobble, gobble on Thanksgiving Day. I always gobble way too much!  But gobbling is only part of the celebration, not the reason, not the symbol, not my sign! I will celebrate with good food, great friends and some of my family. But I will do more than celebrate. I will be grateful.

I will Stop. Drop. And thank. And that’s not a Southern way to say think, although you might have to listen close when I say it. I will stop my gobbling. Drop my fork and thank God for His blessings, His love. Thanksgiving is not a noun, it’s a verb! It’s not about gobbling, it’s about giving thanks. The name is still Thanks Giving isn’t it? Thanksgiving doesn’t need a symbol, it needs action. People that will live it out in their everyday lives all year long. Giving Thanks!

I’ll leave my Thanksgiving table full. But when I am grateful, it leaves my heart full too.

And I am so thankful! Thankful for Jesus who died to save us from our sins. Thankful for my husband, my children, their mates and their children. Thankful for my pastors Jimmy & Esther Wilder. Thankful for all my friends that read my blog. So thankful for so many blessings and yes…for turkeys! It’s going to be sooo good… on my plate right beside the dressing!