School bus. Don’t forget to pray for teachers, students, children and/or our educational system when you see a bright yellow school bus.

A bus driver recently made the national news for his erratic and reckless driving. Children on the bus called their parents, who in turn called the police. He was issued a DUI, driving while under the influence of alcohol, and fired from his job. My niece was driving home from a visit with her family this Christmas and was almost hit by a drunk driver. She immediately called the police and was hopeful that he would be stopped and issued a DUI. His behavior was altered by what he had consumed. 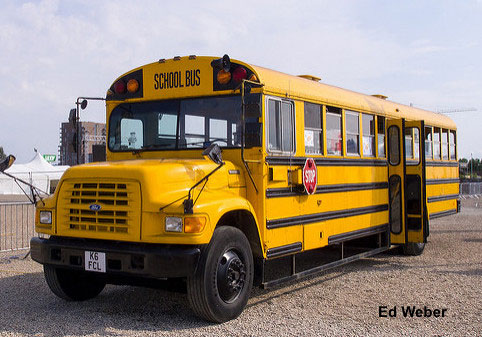 And like those children and my niece on the interstate, at least one spectator in the crowd on the day of Pentecost saw strange behavior and suggested “They’re all drunk.” Peter explained they were not drunk, yet he issued the first DUI. He explained that the things they saw were all Deeds Under the Influence; not under the influence of wine, but under the influence of Holy Spirit. Peter’s list of DUIs began on Pentecost and continued throughout his ministry.

Ephesians 5:18 KJV “And be not drunk with wine, wherein is excess; but be filled with the Spirit;”

My question is “have you had any DUIs since you believed?

” John 14:12 KJV “Very truly I tell you, whoever believes in me will do the works I have been doing,and they will do even greater things than these, because I am going to the Father.”

Every believer should demonstrate God’s love and power with DUIs. Have I seen miracles? Yes. Am I seeing what I want to see or what I believe God wants to do in today’s church? No, but I’m expecting! I’m believing. I’m looking for God to show Himself strong.

Every believer should demonstrate God’s love and power with DUIs.

Have I seen miracles? Yes. Am I seeing what I want to see or what I believe God wants to do in today’s church? No, but I’m expecting. I’m believing. I’m looking for God to show Himself strong.

I must warn you, we will not see Deeds Under the Influence unless we learn to “Dwell Under the Influence.” That means that we must learn and practice spending time in God’s presence. We must allow His love to penetrate our will and emotions to the point that it influences our attitudes and actions.