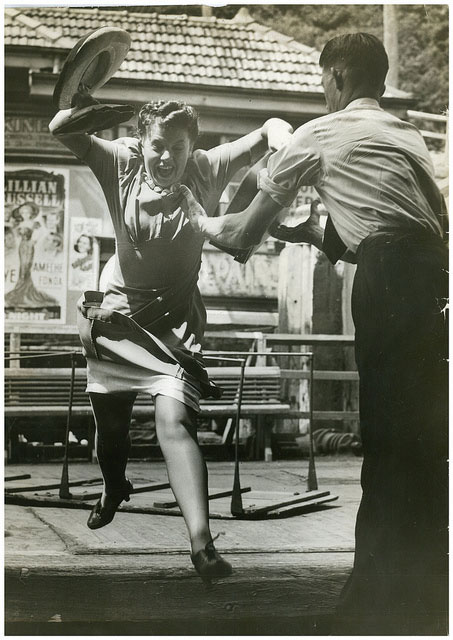 This year is Leap Year and today is Leap Day. It’s an extra day. You just can’t let this day get by without taking a leap. Ladies, I don’t recommend that you run off and propose to someone, especially if you haven’t seen them since last Leap Day! But I do recommend that you take a leap- no, it’s not a new exercise program–take a leap of faith! Sound scary? It shouldn’t. I’m not recommending that you go out on a limb or try to walk on water, just a leap of faith. Maybe that suggestion sounds like the same thing. Maybe it sounds like taking an unreasonable risk, but that’s not what I’m recommending at all.

…his ultimate walk on the water story. His story leaves me breathless.

Matthew 14:29 KJV “And he said, Come. And when Peter was come down out of the ship, he walked on the water, to go to Jesus.” The most incredible part of this story is that it really happened…it’s TRUE…Peter walked on water. Imagine getting out of a boat, in a storm, then walking on water.

It’s important to note, Peter was walking on more than water, and underneath the water was a solid foundation of faith. He had faith that if Jesus said come, Jesus would enable him to do it. How do I know that fact for a certainty? Because the minute Peter started looking at the circumstances, the waves and the storm, he began to sink…like a rock…like a man.

Do I as a God follower?

Do you believe what He says enough to obey Him?

You can take a leap of faith, if and only if you know what Christ has said to you.

I can’t tell you what you’re supposed to do. I don’t know what your leap of faith is, but you probably have a good idea what you ought to be doing and where you ought to be heading.

I understand that our culture is in a financial storm that has affected so many people.

America is in a political storm. We are divided as a nation on which route to take to recover and prevent disaster.

But I have good news for you.

Jesus is here in the middle of the storm.

Matthew 14:26″ And when the disciples saw him walking on the sea, they were troubled, saying , It is a spirit; and they cried out for fear.” Still the reality seems to be, that we are too much like the disciples. They were more terrified than ever because they didn’t recognize Jesus in their storm. He doesn’t always arrive in the way we expect Him to, say what we want Him to say or do what we expect Him to do. You can be certain, if you look for Him. He’s there.

Peter sat in the boat, in the middle of the storm just like everybody else, but there was something different about how Peter responded to Jesus in the middle of his storm. His faith propelled him to ask for something radical. That radical request required radical faith. Don’t you think it’s time to pray radical prayers? That’s what First Baptist Church in Albany, GA did. A church, in a dying little town, called Albany, GA wanted to touch the world and that is exactly what they are doing through Courageous, Facing the Giant and their other books and movies. Everything they have accomplished was birthed in prayer.

But the thing that makes their story and Peter’s story different from everyone else in the same boat is their action. When they asked, then when they heard the voice, they obeyed. They took a leap of faith! (You can read their powerful story  in Prepare for RAIN by their pastor Michael Catt. Loved, loved this book.)

A leap of faith is not doing something stupid, it’s doing what God says.

Oh yeah, I know it feels stupid! It looks stupid to modern culture, but taking a leap of faith is the smartest thing you’ll ever do. Today’s leap day…so.., Get ready. Set. Take a leap of faith…today!

Oh, and the lady in this picture.

She isn’t jumping into the arms of the  man she loves, she’s jumping to get on the ferry and one of the employees on the ferry is trying to grab her so she doesn’t fall into  the water! Now that woman is taking a leap of … desperation…craziness??? She’s taking a leap, but…. one I wouldn’t recommend.

Have you ever taken a leap of faith?

Were you glad you moved out of your comfort zone?