is there really such a thing? Why is it so illusive? And where can you buy it?

Maybe those answers depend on how you define success…and what you’re willing to trade for it.

God straight out shared the Key to Success with Joshua.  So let’s listen over Joshua’s shoulder as God talks to Joshua  in Joshua 1.

Joshua had been here before…

not the location…the opportunity.
The opportunity to possess the land that God had promised Abraham. God brought His people out of slavery to bring them into the Promised Land, but they refused. Now it was Joshua’s promise…Joshua’s opportunity. He had to take ownership of both the promise and the opportunity or he wouldn’t make it.
Joshua was there when they had their chance; both he and Caleb. Although 40 years of dust, heartache and thousands of funerals separated the two opportunities, the scene was still fresh in his memory. The sound of Caleb’s voice trying to calm the frightened people and then the explosion of their anger and rebellion that followed was impossible to forget.
Crossing the Jordan River would be their entry point into the land God had promised. He could see the trees that lined the Jordan River long before seeing the blue waters. The river was at flood stage, not the opportune time for crossing with children and livestock. Why does opportunity always knock at the most inopportune time? Could they do it? They had been so close before; now they were close again. Of all the people (20 years of age and older) that stood at the edge of opportunity with Moses, waiting for the 12 spies to return; only Joshua and Caleb were still alive. Even Moses was dead. Would they possess the land now?
Their Exodus was complete, God had brought them out of slavery, but possessing the land required ownership and partnership.
The job that lay before Joshua was daunting…without God it was impossible.
Had the years of waiting weakened his resolve?
Had the grumbling and whining dissolved his desperation?
Had the enormity of the task overwhelmed him?
Or was God simply preparing and positioning Joshua to win? (Fathers, do that; you know!)

1. John 1:6 NIV 6″Be strong and courageous, because you will lead these people to inherit the land I swore to their ancestors to give them”
Joshua would need more than muscle strength…he would need both emotional and mental resolve. 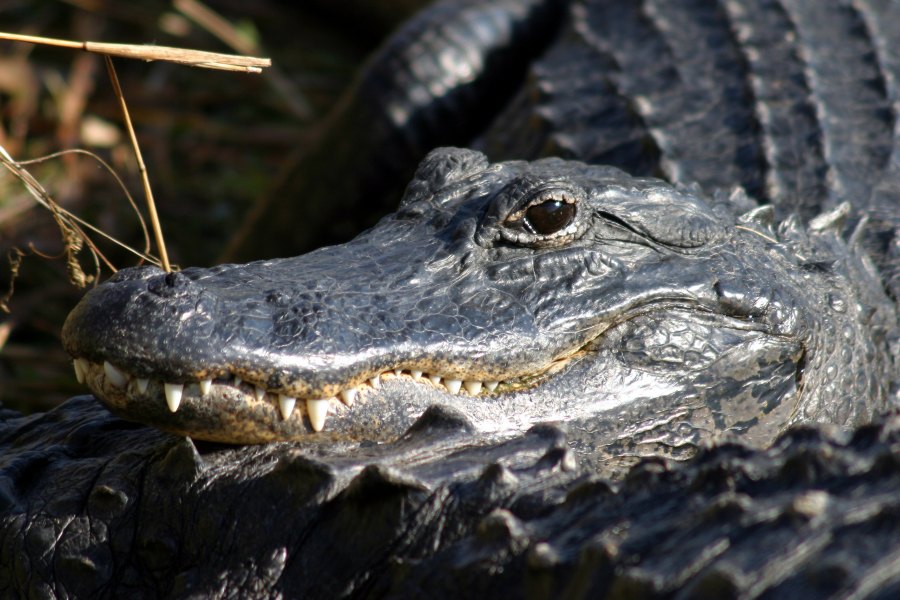 One commentary definition included the wording “snap shut”. When I read that wording, I immediately pictured the jaws of an alligator. The jaws of an alligator can crush the bones of large animals when they snap shut. But the muscles that open the jaws are so weak that a trapper can keep the jaws closed with regular black electrical tape. The alligator has amazing strength to snap shut. And so do you. God made you in such a way that when you get hold, I mean really get a hold of a promise you are tenacious. Joshua would need that kind of resolve for the tasks that lay ahead. And so do you.

Strength and courage were not adjectives used to describe him. They were not nouns to identify him. The words God used for strength and courage were verbs. Joshua’s vital role would need to be fortified with the kind of strength and courage that only comes with action. He couldn’t wait until he felt strong…or until he felt courageous…he would have to step out in obedience because he had heard from God.
Then in verse 7 God repeats Himself. But this time He added the modifier “very” in front of the courageous. “Be strong and very courageous. Then God continued with some very important instructions.

Do what Moses told you to do.

“Be careful to obey all the law my servant Moses gave you; do not turn from it to the right or to the left, that you may be successful wherever you go.”

Obey…I wish it was as easy to do as it is to say;

but it wasn’t for Joshua and it won’t be for you.
Joshua couldn’t look for a better idea, or an easier idea or a politically acceptable idea. God was clear; if you want to succeed OBEY me!

That you may be successful WHEREVER you go.

God had more in mind than the conquest of Canaan; He was outlining the key to being successful in life. God wants you to succeed. There is foundational truth that needs to be established. God is good and you can trust Him.
In Moses’ long speech that is memorialized in Deuteronomy he encapsulated the real root of Israel’s problem.“And when the LORD sent you out from Kadesh Barnea, he said, “Go up and take possession of the land I have given you.” But you rebelled against the command of the LORD your God. You did not trust him or obey him.”Deut 9:23 You did not trust God and you did not obey Him!

8Keep this Book of the Law always on your lips; meditate on it day and night, so that you may be careful to do everything written in it. Then you will be prosperous and successful.
I read these words carefully and slowly because I have some promises that I haven’t possessed yet. There are some areas of my life that I know it’s now or never; so I’m pressing in…I’m paying attention.
4. Speak the Word.
5. Meditate on the Word.
6. Be careful to do everything it says. (Do you ever read something and feel the finger of God poking you in the chest as He says, “Listen to me! I’m talking to you!”?
Hearing a 30 minute sermon once a week isn’t going to give you the strength and courage to go where God has called you to go. It’s gonna take a new level of reading, understanding and obeying the Bible.

Then you will be prosperous and successful.

Thinking about the prosperous and successful part brings a big ole smile to my face! But no one gets a free pass to get to the success part without doing the stuff that requires strength and courage.
God’s still not through talking.
. 9Have I not commanded you?
God is making it clear; this is not a sweet little pep talk or thoughtful suggestions.
Commands carry more weight. They have consequences. They demand obedience and specific actions.
And for the third time Joshua is reminded…

Be strong and courageous.

But this time with some additional parameters…

Do not be afraid;

do not be discouraged,

(Why not? BECAUSE of one very, very important reason!)

So now you have it! The Key to Success!

The key isn’t a secret at all, is it?

But success is in the doing. And that’s why I feel the loving finger of God thumping my chest and saying…be strong…be courageous…don’t be afraid…devour my Word…do what it says…DO EVERYTHING I TELL YOU TO DO!

What about you? Are you ready for success?

If you enjoyed my post…be a blessing to someone else and please share it.

God bless you. I’m praying for you. 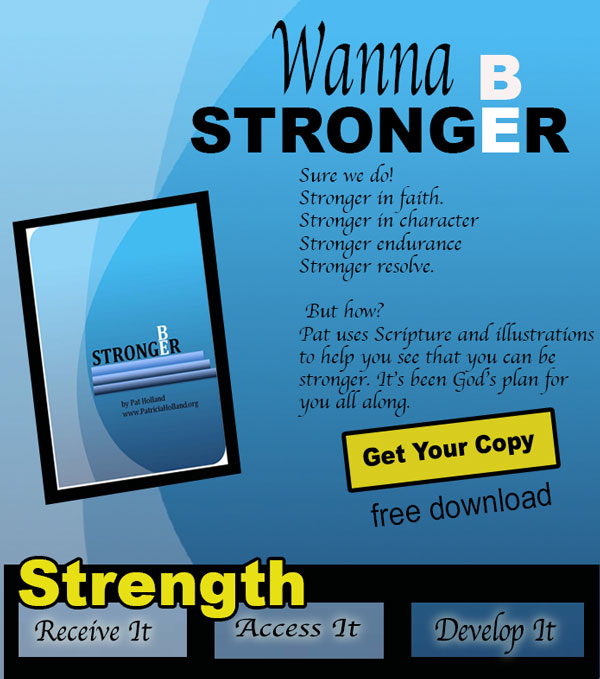