YOU BETTER GET IT RIGHT WHEN IT MATTERS!

Did your team win last night? I have to confess that I was left disappointed as I hoped for a repeat from the mighty Seahawks! I have to remind myself it’s just a game, yet like many of you, I am already going through “football withdrawals” and could probably use 12 steps of redirection!

Did you notice how it came down to a final big play and how a simple decision to run a certain play made the difference? The pass play carries a risk factor a little higher than a simple dive or run play. Given the defense the Patriots were in, Coach Pete Carroll felt he could take advantage with his pick pass and quickly score. Unfortunately the risk factor played out and as you know, the ball was intercepted by a rookie. Shoulda, coulda, woulda???? The game was the Seahawks for the taking. Less than a minute to go and the biggest beast of a running back had three plays left to run one yard to win. I would have given the ball to the “Beast” running back, Marshawn Lynch and let him pound it into the end zone. Seems simple enough to me but someone felt it necessary to throw the ball…a risky and costly proposition!

We exercise this same kind of judgment each day of our life when we ignore the obvious, the simple, the right in your face no brainer thing to do and we choose the quicker, fancier, most entertaining and “self fulfilling in the moment” direction. Many times I have found myself with the “shoulda, coulda, woulda” feeling of failure. And, just like last night, in life there is no do over. The Seahawks lost! Period! End of story! I mean last night it was “lights out” and “game over” with no repeat for Seattle. 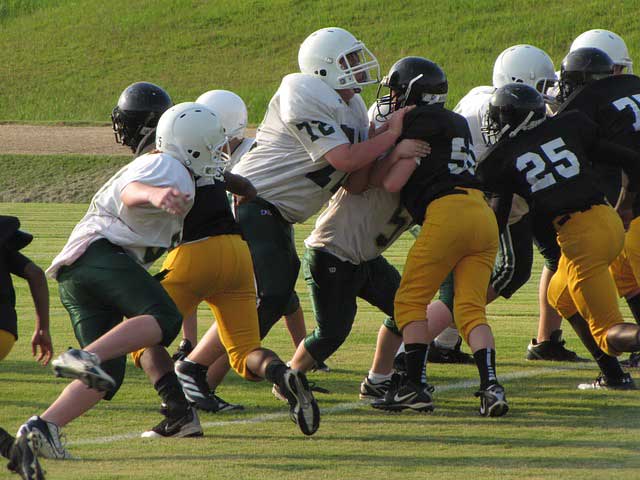 You could probably analyze the last ten years of your life, rating and ranking the decisions you have made with success factors as well as risk factors. Have you made some bum decisions? I’ve made some some pretty lame ones that have left me in ruins. Hind sight is 20/20 but it only reveals the obvious. Decisions I have made on my own, based on my personal thoughts and feelings are risky. However, the decisions made in agreement with God’s word, whether deemed successful or not, always prove risk free and fruitful in the long haul! As a kid I remember thinking to myself about a matter, “ why didn’t I just listen to my dad?” In the same way I ask myself now, “why didn’t I wait on the Lord, or listen to his word?” Never doubt in the dark what God has already revealed in the light! Tweet this!

Psalms 119:105 tells us, “Thy word is a lamp unto my feet, and a light unto my path.” The old hymn encourages us with the words, “tis so sweet to trust in Jesus, just to take Him at His word…! The word of God cannot fail and in that crucial moment when you are one yard away from the end zone to win the big game, the word of God will make you a winner every time!

Coach Pete Carroll tried to explain after the game why he allowed the play that lost the game, but to most who heard him, it still made no sense. I encourage you to not make the same mistake. The shortest distance between two points is a straight line and the straightest line you have is the word of God. Tweet this!

Have a great week and I challenge you to continue with your Strategic Acts of Ministry as we let our lights shine bright!!

Thank you, Pastor! You are a precious man of God!