What do you do when circumstances squash your dream or goal?

The reality is sometimes our dreams do get squashed.

You plan, but things don’t turn out like you planned. 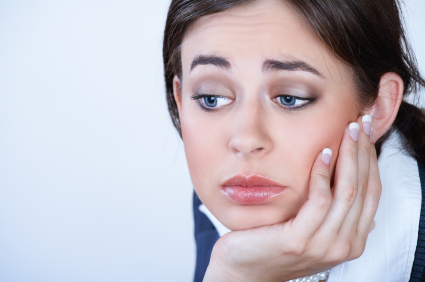 My husband, Wayne, dreamed of attending the Air Force Academy to become a pilot. He was a sharp, intelligent young man. He studied hard, worked hard and joined all the right organizations to strategically prepare for the Air Force Academy. But the academy had a 20/20 vision requirement that squashed his dream. Something he couldn’t control, his eyesight, squashed his dream.

Wayne surrendered his dream to God.

There was disappoint, but he refused to wallow in self-pity. He simply moved to embrace a new dream–a dream that fit his giftings and personality. Wayne could surrender it because He trusted God. He was confident that God had good plans for him.

The end of one dream was the beginning of a new one that brought great joy and fulfillment to him.

A different dream, but not a lesser dream…just a different one.

Joseph was called the dreamer.

I would love to know what he was like when he dreamed his dream.

He dreamed two vivid, wonderful dreams that probably fed his image of self-importance.

He dreamed of becoming a great ruler. His brothers bowing. His dream depicted more… even the moon and the stars were paying homage to him.

But definitely not the kind of dream you wanna share with your jealous brothers. But he did.

And they turned out to be squashers of the most devious kind.

When a caravan of slave merchants arrived, in just the nick of time, the brothers changed their plans and sold him instead of killing him.

I wonder what Joseph thought?

“Is this the best you can do?

Couldn’t you send my dad?

He would’ve saved me.

But no, you had to send slave traders!”

That’s in the same category with sending a loud crow to deliver food to Elijah everyday. (Another great story for another day.)

Or was he so relieved to escape death that he responded with worship from the depths of his heart?

Stripped of his beautiful robe,

his status at the dinner table and all the amenities that marked him as valuable and chosen, who was he now?

Chained and enslaved he began his trek to Egypt.

Meanwhile, the Midianites sold him in Egypt to Potiphar, Pharaoh’s officer, the captain of the bodyguard. Genesis 38:30

Where did the dreamer’s dream take him…

to a deep, dark pit.

Where did the dreamer’s dream take him…

to slave block to be auctioned off …

What do you do with a dream of being a powerful leader, when you end up as someone’s slave?

How do you dream when everything has been stripped from you?

Circumstances could never strip him of the reality that God was with Him. Only he could stop believing…only he could reject that reality.

Because he had faith, he was faithful.

Look at his faithfulness.

He served under Potiphar’s dream.

He clung to his faith

He served with excellence not to reach his goal, not to fulfill his dream, but as a slave, he served Potiphar’s dream.

Where did he get his resolve? Why didn’t he give up? Why was he so successful after all he had been through?

“The LORD was with Joseph, so he became a successful man.” Genesis 39:2

On a slave block?

In a foreign land?

So much so that even Potiphar noticed it.

Now his master saw that the LORD was with him and how the LORD caused all that he did to prosper in his hand. Genesis 39:3

God was with Joseph

God prospered everything he touched

Oh, that every believer would be that kind of witness on their jobs, behind the wheel of their automobile (now that’s a thought) and in every area of their lives.

Do you think that maybe sometimes we don’t have favor because we don’t walk out that level of faithfulness or excellence in our daily living?

But wait a minute.

His faithfulness is about to be tested at another level. Will he do what is right now?

When circumstances are difficult, impossible or devastating (Romans 8:38,39)

Not it’s the jailer’s turn to see it…

But the LORD was with Joseph and extended kindness to him, and gave him favor in the sight of the chief jailer. Genesis 39: 21

The chief jailer did not supervise anything under Joseph’s charge because the LORD was with him;

and whatever he did,

the LORD made to prosper.

Something is happening to Joseph in this process, something we need to go to Psalms 105:18 to discover. “Whose feet they hurt with fetters:

he was laid in iron” is how most of the translations read. But the Young’s Literal Translation says “They have afflicted with fetters his feet, Iron hath entered his soul,” At this point in Joseph’s story he is not the same man that we watched at the beginning of the story.

Did you see that? The iron entered his soul. This is important.

Not anger, but strength.

Steely. Joseph was the ultimate man of steel.

All attributes of a leader.

The iron fetters were preparing him to wear chains of gold, and making his feet ready to stand on high places.

When Joseph dreamed…he dreamed of nobility

His ladder was leaned up against the same goal as that of many people today.

But God had a different dream. Way different

…God’s dream for Joseph was to be a servant first.

Wouldn’t things be different if every political leader understood what Joseph did.

…it was about being a servant.

Joseph, the dreamer, had a dream, but during the process God’s dream

it turned him into a servant…

the best kind of leader there is—

The iron that came into his soul changed him.

Your dream, if it’s a God dream, will change you.

I hope you’ll dream dreams that will take you to wonderful places to experience exciting things, but more than anything else I pray that you’ll dream God’s dream for your life.

A dream that will take you through tough places, challenges- so you’ll discover how big God is.

Dreams that will put iron in you, the iron of determination, courage, faithfulness.

Dreams that will cause you to serve and give and invest in others.

Talk to me…are you dreaming God’s dream or your own?

Don’t forget…I need your help to make my dream of touching more people…will you share this post with a friend? Thank you so much!