Both prudence and fear took him to his hiding place. He had managed to grow a little wheat and he didn’t want the marauding Midianites to catch him trying to process it. Because it wasn’t grape season, he knew no one would look for him at the winepress. But he was wrong.

The Bible doesn’t tell us if his guest startled him, but his words seemed to have gotten him upset. “Mighty hero, the LORD is with you!” (Judges 6:12)

His visitor’s words should have been encouraging words. But not to the young farmer that day!

And he blasted his visitor with a fiery rebuttal. He seems to be polite, but confrontational. (Judges 6:13)

This is what I hear in his words.

I hear pain in his answer.

If God is with us,

then why has all this happened to us?

Where are all the miracles our ancestors talked about?

Why has God forsaken us?

Why did God hand us over into the Midianite’s hands like He did?

Let’s pause here. They were in a difficult  situation.

Because the Midianites were so oppressive the nation of Israel hid themselves in caves and mountain crevices. Whenever they planted a crop, bands of robbers would steal it, before they could harvest it.

They stole their cattle, sheep and even the oxen used for plowing.

Their land was ransacked and the people were distitute.

A heart breaking picture of what happens when people snub their noses at  God.

F.C. Nelson wrote to Cecil deMille in his winning suggestion for Mr. deMille’s next movie , “You cannot break the Ten Commandments—they will break you.”

There are consequences when we leave God out of our lives.

The problem is, we don’t feel them sometimes until it is too late.

And yes, that is a problem. Experiencing consequences wakes us up to the reality that we have a problem.

Their pain was a wake up call!

And they were wise enough to start praying.

In response to their prayer God sent a prophet.

The prophet told them to stop worshipping the gods of the people around them.

But they didn’t seem to listen.

There is great danger

in meshing into becoming part of the crowd and acting like everyone around you, when they don’t serve God.

God wants to be number one in our lives.

He wants to sit on the throne of our hearts.

He wants us to love Him more than anything else in our lives.

He will not share that place with anyone or anything.

Anything that we love more than God becomes an idol.

God gives us these things to enjoy, but we can’t allow them to occupy the number one place in our hearts.

God doesn’t stop loving us when we disobey.

God doesn’t desert us when we leave Him out of our lives.

But He will not make us choose Him.

Although He could, He will not strip us of our right to choose.

Many theologians believe “the angel of the Lord” was not a created being, instead that it was God, the pre-incarnate Christ.

“The person that gave him the commission was an angel of the Lord; it should seem not a created angel, but the Son of God himself, the eternal Word.” Matthew Henry Commentary

I love the fact that when Gideon’s (Sorry, I haven’t even mentioned his name yet, have I?) visitor showed up, He didn’t even say, “You sorry dog you! You have messed thing up…big time!” No, He saw Gideon through a difference lens and declared what He saw instead of what Gideon believed. He called Gideon mighty!

Look at the scene.

He was surrounded by lack.

He was trying to be all alone.

And the Lord says, Mighty man, the Lord is with you.

I love this story because so often instead of feeling mighty, mighty; I feel wimpy, wimpy!

But when I realize who is with me…

when I realize how He sees me…

I realize I am strong in the power of His might…not mine.

That He planned all along that we partner with Him to be and do what He called us to do.

We can have His wisdom…

If we chose it.

If we pursue it.

That’s right, the Lord’s answer shocked me for sure.

He doesn’t respond to Gideon’s fears,

Instead He tells Gideon to go save Israel.

Do something about this situation, Gideon.

With the strength that you have right now, get moving.

God Wants You to Thrive, Not Just Survive! 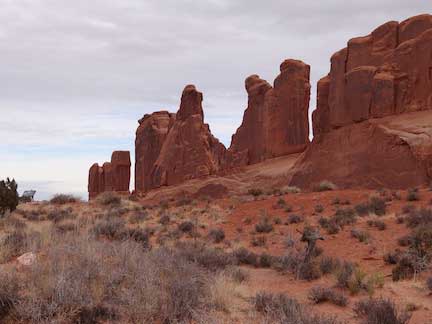 until  you feel strong.

for your ship to come in.

until you got a huge army.

until “your luck” changes.

He was just trying to survive.

He was just trying to get a little grain… so he could eat.

But the Lord said, go, save Israel.

God’s call to Gideon was way beyond just survival.

So far beyond him, that it would take God to accomplish it.

But that is what God had planned all along, to live right smack dab, (that good Southern talk) in the middle of Gideon’s life.

I don’t know what you’re circumstances are, but God is saying “Get up!”

There’s no one reading over your shoulder….

He’s talking to you.

Get up and do what’s He’s told you to do.

Because He’s with you!

I love you. I’m praying for you. And remember God is with you! And He is MIGHTY!

2 thoughts on “God Wants You to Thrive, Not Just Survive!”