How do you keep from striking out? While the answer may seem obvious, let’s talk about George Herman Ruth first. He was born in 1895. Some say he learned to play ball at St. Mary’s Reformatory/Orphanage and other stories say he ended up at St. Mary’s because of all the windows he broke playing stickball in the streets. When George was 16 years old he was signed on to play with the Baltimore Orioles (Minor League at that time.) His teammates nicknamed George the “Dunn’s new babe” and the nickname stuck.

Babe Ruth was a “give it all you got-slugger” at bat.

He said, “Baseball is the greatest game in the world and deserves the best you can give it.” And he did. But that “all-in” attitude earned him the unsolicited title “King of Strikeouts” five times. He struck out 1,330 times in his career! Strikeouts are serious failures for a ballplayer.

But his fans and history forgave him for the strikeouts because those all-in powerful slugs also made him the coveted “Home run King” with a record of 714 career home runs. A title he kept until Hank Aaron hit his 715th home run in 1974. He had a total of 2,873 hits and batted in 2,213 runs, which at this time ranks him #4 in RBI (runs batted in.)

The Babe said, “Never let the fear of striking out get in your way.” Tweet this!

It seems that in the years that have passed since Babe Ruth played ball, ballplayers listened to Babe Ruth and watched how he played ball. That information changed ballplayers. Babe Ruth isn’t the “King of Strikeouts” any longer! He’s not even ranked in the top 100 list of players with the most strikeouts. He is ranked #123 on the list.

The statistics show that players are playing bolder.

Instead of playing to keep from striking out…they are playing to hit the ball. That has produced more strikeouts, but it has developed some real winners too! Babe Ruth’s home run records have been surpassed by two great ballplayers.

I’m not a ballplayer,

so I’ve never been bothered by the fear of striking out…but the fear of failure has robbed me more times than I want to think about.   Without fail I have always given my fear much safer names like wise, safe, careful or too busy.

I’m waiting for the right time…

My fear of failure has hindered me from giving life my best!

Has it hindered, stopped or robbed you?

Fear of failure limits success in so many areas.

Salesmen that don’t ask for the sale.

Believers that don’t pray for the sick.

Warriors that don’t show up on the battlefield.

Faith, talents, and dreams that are never activated and never achieved.

Dreams that never come true because the fear of failure keeps us from:

Asking for the date

Applying for the job.

The blank lines are for you

What is the fear of failure keeping you from doing?

Let me rephrase that question… “What would you do if you knew you couldn’t fail?” Tweet this!

Babe Ruth was a baseball champion!

So how do you keep from striking out…the answer is

The truth is “if you play ball; you’re gonna strike out.”

But never playing at all is far worse than striking out sometimes.

And in life you are going to make mistakes…period!

You can hide from failure and do nothing…

Like the children of Israel as they listened to the spies report… the fear of failure was too great! They refused to obey God.

Like Saul facing Goliath, the fear of failure was too great…he failed to show up.

And like Joshua with the call to take the children of Israel into the promised land, the risk of failure was too great

…so great that He needed God’s encouragement.

In order to succeed, there has to be an attitude adjustment.

Let me adjust Babe Ruth’s advice for you,

“Never let the fear of failure get in your way.” 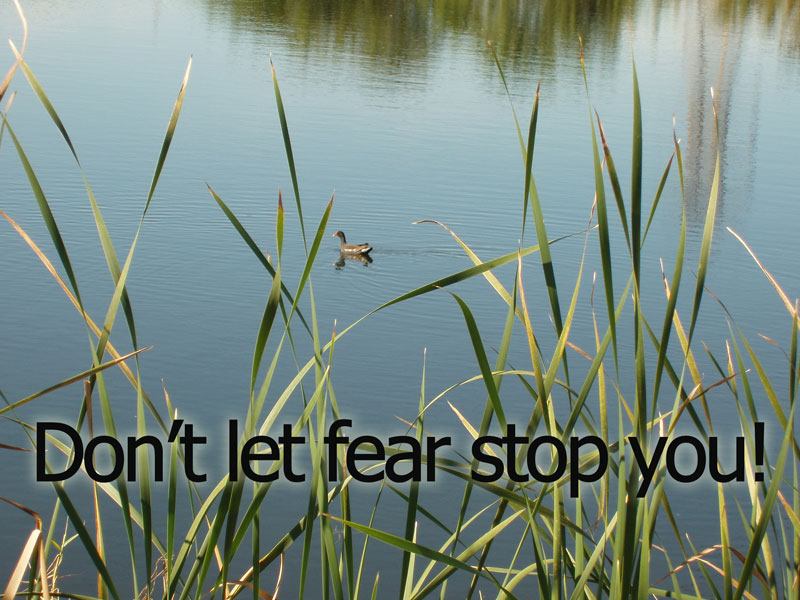 Here are some quotes that are a new lens to view failure through. 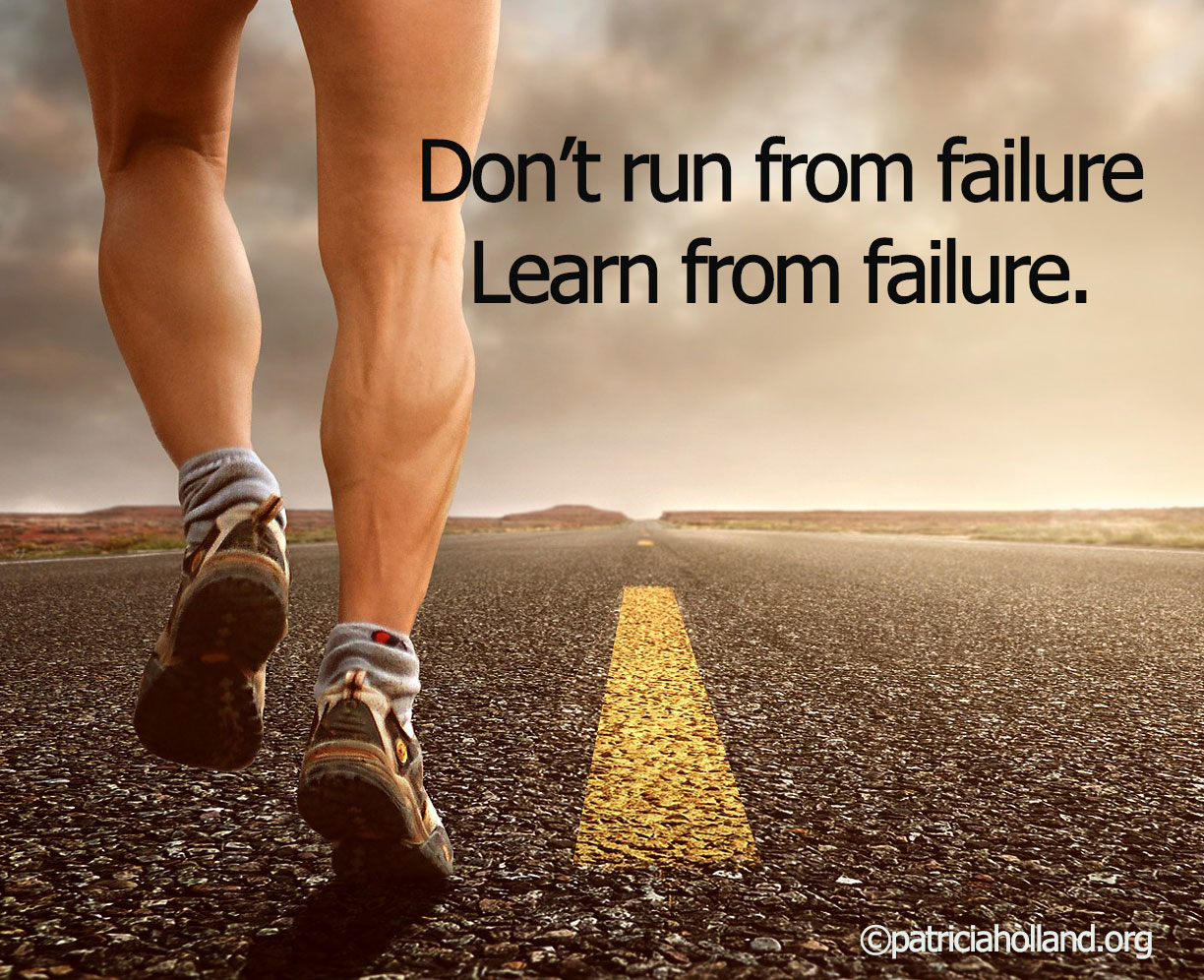 When you try and fail, you learn. When you learn, you grow. When you grow, you expand your potential for success. John Maxwell Tweet this! 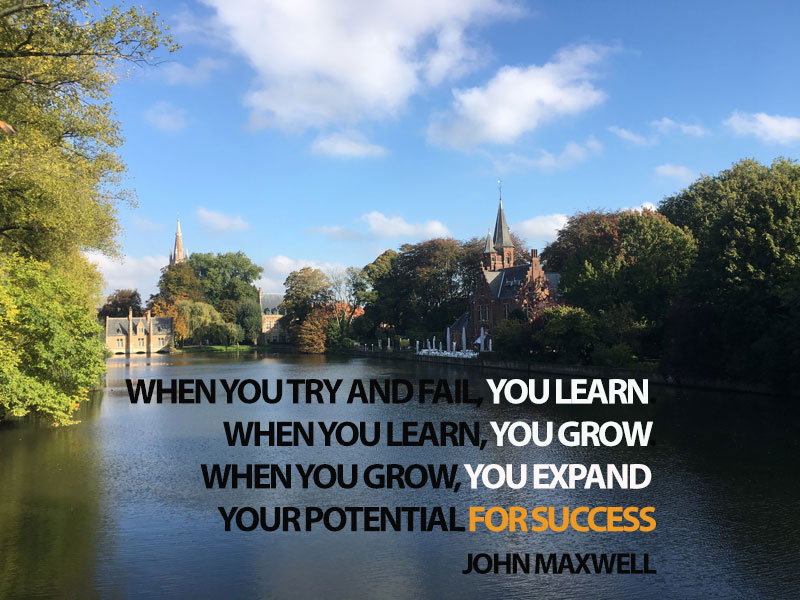 “It’s hard to beat a person who never gives up.” Babe Ruth Tweet this! 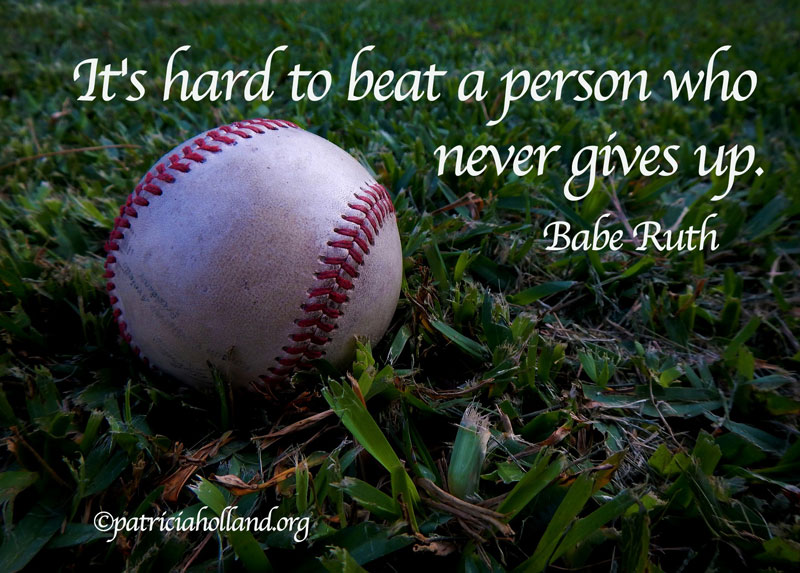 “You Learn More From Failure Than From Success. Don’t Let It Stop You. Failure Builds Character.”- Unknown Tweet this!   “Whether You Think You Can Or Think You Can’t, You’re Right.”- Henry Ford Tweet this! 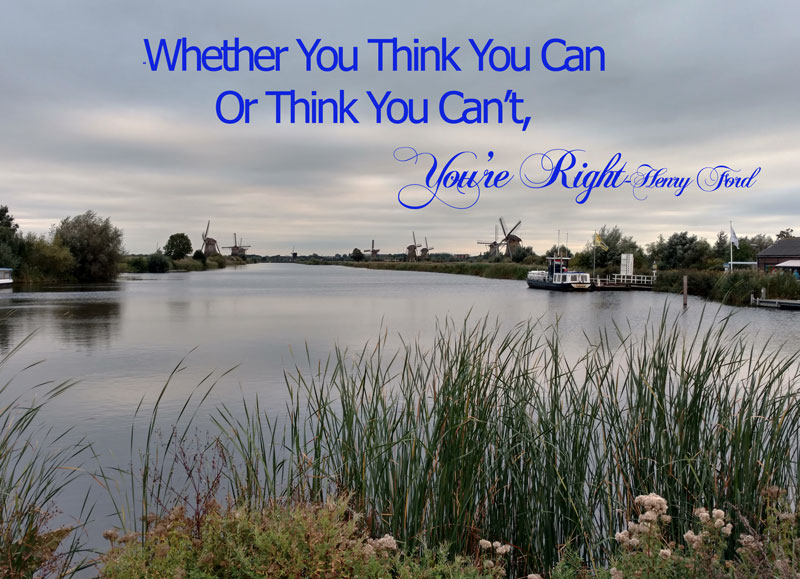 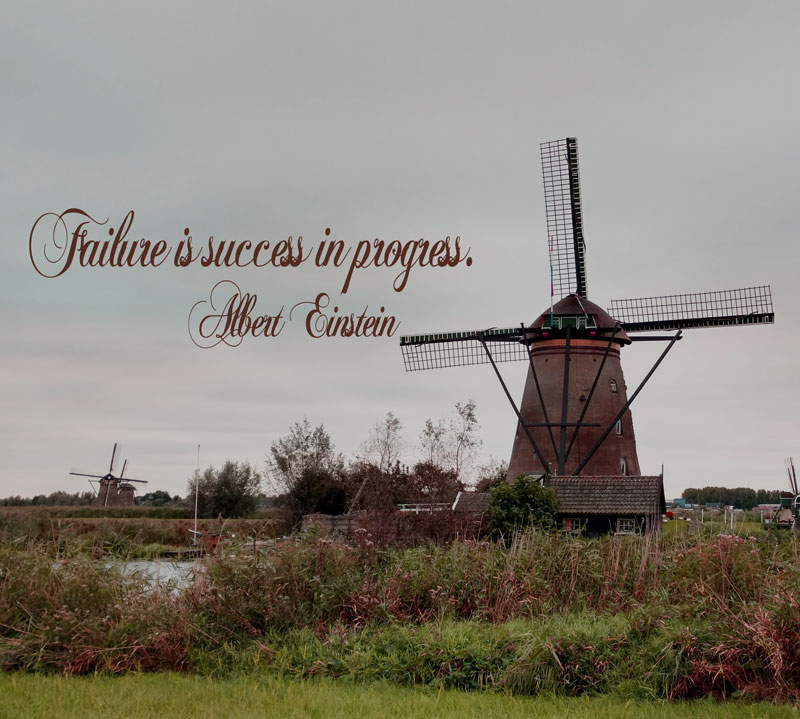 Success is measured by how high you bounce when you hit bottom. George S. Patton Tweet this! 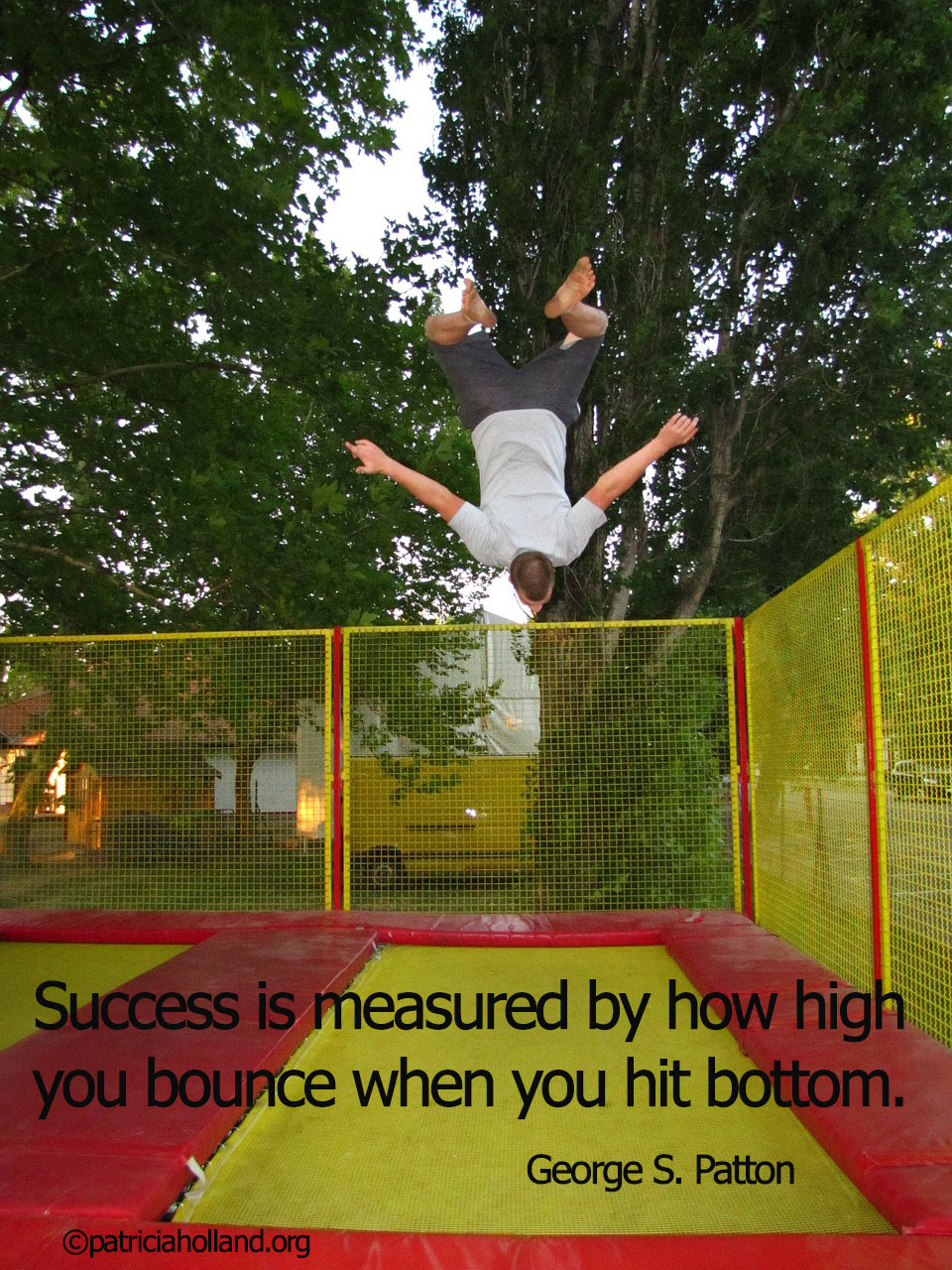 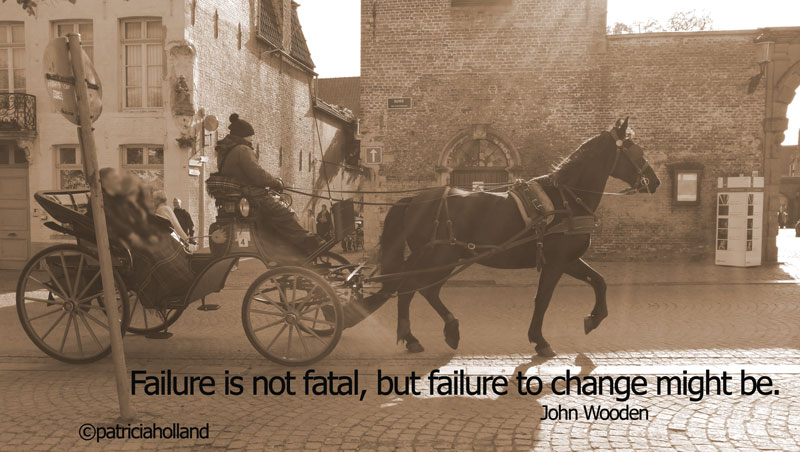 One thought on “How Do You Keep From Striking Out?”