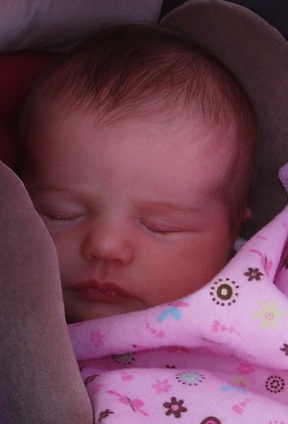 Having a baby is such a joy filled time.

Getting ready for it’s arrival. Preparing the room. Selecting the tiny, little clothes. The anticipation of it’s arrival. Choosing the right name. Telling your family and friends.

But it had to have been totally different for Jochebed.

If I told you her life was hard, you might picture a woman with a broken dishwasher or a whining, snotty nosed child. Challenging, but not the picture I want to paint.

Her name is mentioned only twice.

She is identified simply as daughter, wife and mother. No adjectives to describe her. She was born a slave in Egypt long, long ago. If I could show you a picture of her and the people of her community, (which you know is impossible) there’s nothing about her that would make her stand out. She was an ordinary woman in extraordinarily difficult times. Simply trying to feed her kids, train her kids and care for her husband.

Yet, while there was nothing extraordinary about her appearance that would make you point and say, “See, there she is!” STill what she did was extraordinary.

As I look back and think about this mighty woman of faith, I wonder about the blanks that Scripture leave in her story. And I wonder what went through her mind and what caused her to do the things she did. If I lived beside her, would she be the kind of neighbor I could borrow an egg from?

This is what I think she was like. No, facts, just a mama’s viewpoint.

It was the law. Plain and simple!

Every male baby, precious male baby..including the first born,was drown in the Nile.

A law- birthed in fear.

He saw the population explosion. He saw the strength of the Hebrews. He saw them as a threat and made them his slaves. But they continued to increase in number and might.

So his plan was to kill the male babies to minimize the threat of an insurrection by diminishing the number of potential warriors.

Did Jochebed join her friends at the banks of the Nile to watch and comfort them as their newborn boy was striped from their arms?

Or did she hide in her home, covering her ears so she wouldn’t hear the screams of anguish?

And when Jochebed realized she was pregnant, did she pray it was a girl?

Even though her culture valued the males over females.

And like every mom  (prior to the era of ultra sound imagining)  she asked, “Is it a boy or girl?”

But what happened next, when they lay that little boy in her arms..
after she held him close, kissing his sweet forehead, that made her extraordinary. She made a decision to hide her baby.

Her bold idea became a faith filled choice! Tweet this!

It’s against the law.

Who does she think she is?

I’m sure it was an perplexing task.

A faith filled journey that had to be walked out second by second.

Silencing his cries and giggles were essential and grew more difficult as he grew older.

Silencing her fear had to have been the most difficult part.

But there came a time…

if she kept him, he would die. Tweet this!

When he was three months old, she realized, she couldn’t hide him any longer. She was risking her other children’s lives with her -little secret.

A wild idea or a God breathed plan? Tweet this!

Because I believe every good and perfect gift comes from God, I believe God gave Johebed the basket idea. It is a strategy that God uses with His children again and again.

What do you have right now?

She had a basket.

She sealed the holes with tar so it would be water tight and float.

Then she put her precious little baby inside the basket.

She assigned Miriam to watch over the baby from a distance so no one would see her or the basket.

Did she intend to launch the little boat? Or simply extend his hiding place.

But the boat began to bob and wiggle and float down the river, right to where the great Pharoah’s daughters were taking a bath.

What do you have? What’s in your hand? What step of faith can you take?

And the princess was curious. Her servant girl retrieved the basket and imagine her shock when she uncovered the prize inside.

She wanted this baby. Honestly, this response surprises me.

Miriam seized the opportunity to offer her mother’s services as surrogate mother.

Jochebed’s must have run trembling with panic. And then she ran trembling with absolute delight to accept the princess generous offer. She would nurse this baby, with pay! Hallelujah! Until her precious son was old enough to be weaned.

What a turnaround! What a miracle!

She knew the day was coming,

the day…when she would take her son to live at the palace.

and dad for that matter…and while I’m at it, I need to include the grandparents too, need to remember. Remember regularly and frequently, that one day, they will have to release their children from their diligent oversight into the world. Into a world where they will make it on their own or drown.

When we are moored to  that reality, we will be as diligent as Johebed was to build a boat for them.

She put her baby in the same place as every other Hebrew mom with a boy baby, the Nile River, but with different results.

Moses floated on the same waters that drown the others. Tweet this!

The difference between drowning and thriving rested on two things:

Children still need both. We can trust God with our kids, but can God trust us to build the basket? Your child, your grandchild needs both.

I’m not trying to point my finger at a person and give her credit for what God did.

Yet when we realize that God chooses to partner with people to accomplish His plan, she is a key player in a history changing event.

She refused to accept the norm.

She refused to allow the Nile River to gobble her son.

So she made different choices.

She chose to believe different

and she got different results.

Maybe it had something to do with her name.

A reminder of God’s Glory!

I wish I had a name that would remind me to trust God like Jochebed did!

All of us that have trusted Christ as Lord and Savior do.

We carry His name.

And this walk of faith isn’t limited to babies, but thank goodness it includes them.

as a matter of fact, every arena of our life is included.

When we trust God, really trust Him, we will also do our part, like Jochebed.

Pastor Mark Cercy, posed a riveting question Sunday, “Maybe we don’t have so much a faith problem, as we do an obedience problem.” Tweet this!