Our critic’s words and actions can discourage us.

Michael Phelps, has been lauded as the “Most Successful Olympian of all time.” With 23 medals, he has won more than anyone…EVER! (And the number is changing everyday as I write and rewrite this post.)

And personally, I loved how he handled the locker room intimidation tactics of Chad Le Clos prior to the 200-meter butterfly at the Olympics this week.

“How to Use Your Critic’s Words to Fuel Your Goal”

But, Michael’s ability to use intimidation instead of succumbing to it seems to be Michael’s approach to success. Let me explain. 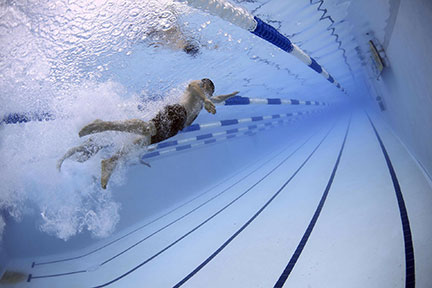 Michael started his Olympic career when he was 15 years old at the Sydney Olympics. While he didn’t win any medals that year, he sure made up for it in Sydney four years later where he won six gold and two bronze medals. Wow! Pumped by that success, he promised to win eight gold medals at the next Olympics.

To which his Australian competitor, Ian Thorpe, gold medal winner of the 200-meter freestyle, responded with bold incredulity “eight gold medals?”. The essence of his comment was a definitive “It will never happen! Nobody can do that!”

Little did Ian realize that his words would make it onto a sticky note(s) that would be plastered on Michael’s gym locker door. Ian’s words crystalized Michael’s resolve to turn his excited chatter into reality. Those words became a source of motivation that energized his grueling work ethic.

I don’t know about you, but, way too many times I’ve allowed the reverberation of caustic critic’s words to bounce around in my head like a soccer ball in a china shop to destroy my resolve to reach my goal.

How did he do it?

What enabled Michael Phelps to use his critic’s words to fuel his goal?

Michael believed he could win eight medals. Now he had to live out what he believed.

He believed he could do it.

There is no doubt that his track record was the primary catalyst behind his belief system. He had just won EIGHT medals. Six were gold. Two were bronze. His performance was second only to Mark Spitz’s seven gold medals in one year. Based on his accomplishments and those of Mark Spitz, his absolutely knew his goal was doable.

And so many times,

I’ve wanted to believe and

I’ve even thought I believed

…but I didn’t really believe.

Because my actions didn’t demonstrate what I thought I believed.

Maybe my lack of follow through was based on the fact that I either didn’t have the successes behind me or I hadn’t properly recorded and celebrated them. (I’m beginning to understand just how important it is to celebrate my victories; even when they might seem small to someone else.)

It’s especially hard to believe when

you don’t have a track record of success.

It’s hard to believe when…

we don’t have a success track that propels us…

When everything tells us were NOT

enough of that you get the picture!

we must rely on our partner, Almighty God.

That’s when we rely on His track record.

“I am the LORD, the God of all mankind. Is anything too hard for me? Jeremiah 32:27 NIV

The shepherd boy…turned King- would tell you

The prayer warrior slave…that became three successive kings right-hand advisor, the Daniel in a lion’s den- Daniel- would tell you

The slave ordered to be murdered that became Israel’s deliverer, Moses- would tell you

On and on my list could go…you can put your trust in His track record.

“I am the LORD, the God of all mankind. Is anything too hard for me? Jeremiah 32:27 NIV

Don’t you think it’s time to start believing? That’s one key that will help you to Use Your Critic’s Words to Fuel Your Goal 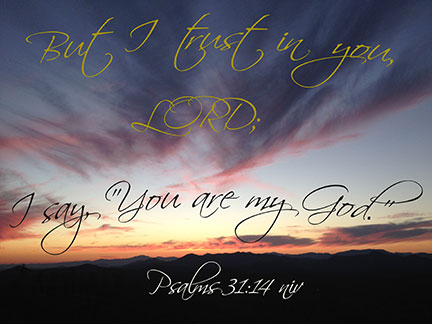