Moses had no idea that God was on a mission when he encountered the burning bush on the backside of the desert. God’s purpose was two fold. He wanted to deliver His people out and in: Out of the fiery furnace of slavery (Deuteronomy 4:20) and into His presence.

Again and again Moses echoed God’s Words in Pharaoh’s presence, Let my people go that they may worship, or serve, depending on which version you read. But when we understand real worship is putting God at the center of everything we do, i.e. work, serving, giving, all of life becomes an act of worship to God. And when we understand worship, we understand that God was calling His people into His presence!

Ten horrible plagues later, a firm “Get out!” escaped the lips and clenched teeth of Egypt’s mighty Pharaoh.

They watched the waters of the Red Sea curl back leaving a dry path for them to cross and then they watched the Egyptian’s drown in the returning waves. The people celebrated their amazing freedom by singing their sweet song of deliverance. But, before three days had passed, freedom didn’t taste so sweet. Dry, parched mouths were grumbling and demanding that Moses give them water. God turned the bitter water into sweet, life giving liquid.

Hungry bellies and growling, grumbling tongues were stuffed with sweet manna. Again and again they saw God’s mighty hand. The journey took 46 days with the path marked by obstacles and miracles. Now they were free from Egypt.

Don’t miss what has happened here.

It was more than a mighty deliverance. It was the fulfillment of a promise…a 400 year old promise. A promise God had made to the childless Abram. A promise that had become a sustaining mantra that united and focused Israel even in the dark days of slavery. It is known as the Abrahamic Covenant. God’s special promise to Abram/Abraham. The promise of a son…a nation(s)…a land of milk and honey. For hundreds of years this promise had been passed from one generation to another. It was more than a dream…it was a promise that burned in their hearts and prodded them to follow Moses. 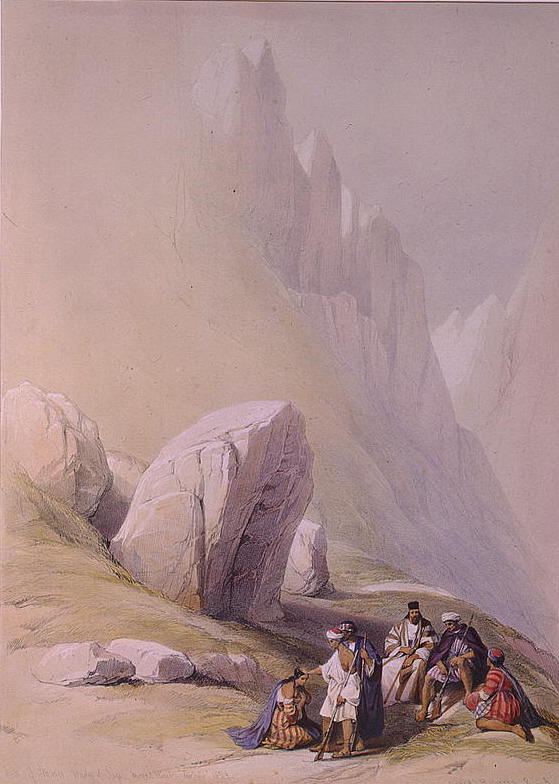 I can only imagine how excited Moses must have felt when he arrived at Mt. Sinai with a whole nation of people. I wonder if he was hooting and hollering, “You did it, God. You did it!” as he climbed to the very spot where he had experienced the burning bush. God had done exactly what He promised He would do. (Exodus 3:12 ESV He said, “But I will be with you, and this shall be the sign for you, that I have sent you: when you have brought the people out of Egypt, you shall serve God on this mountain.)

I think God was excited too.

I think He was waiting on His friend to get there.

…and the Lord called unto him out of the mountain,

saying, Thus shalt thou say to the house of Jacob, and tell the children of Israel;

Ye have seen what I did unto the Egyptians, and how I bare you on eagles ‘wings,

Don’t miss this. “brought you to myself.”

God wanted His people to experience Him. God explained to Moses the rules of engagement: Wash. Purify. Meet God in three days. This was the first “To Do List” that contained “meet with God”. 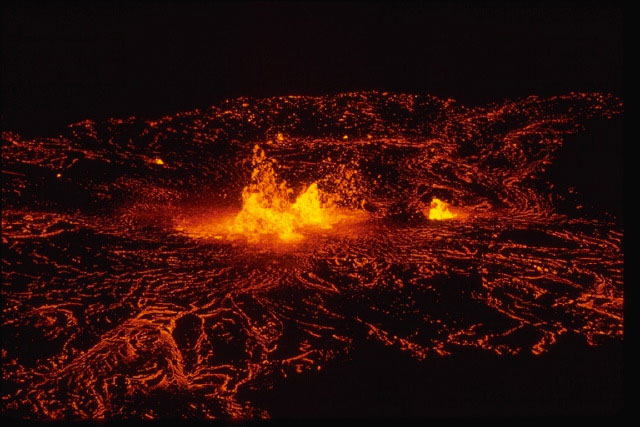 It must have been absolutely terrifying…even more terrifying than standing at the foot of a fiery volcano. Even Moses was terrified by the awesomeness of God. (Hebrews 12:21) Smoke. Rumbling. Shaking. Then Moses brought the people out of the camp to meet God, and they took their stand at the foot of the mountain. Now Mount Sinai was wrapped in smoke because the Lord had descended on it in fire. (Exodus 19:16-18)

After one more stern warning that they must not break through the boundaries to try to see God, God spoke to His people as they waited trembling at the foot of the mountain.

Check it out yourself in Exodus 20:1. God introduced and identified Himself as their Lord and their God, Who brought them out of Egypt and slavery. Then He continued with the terms of His covenant. 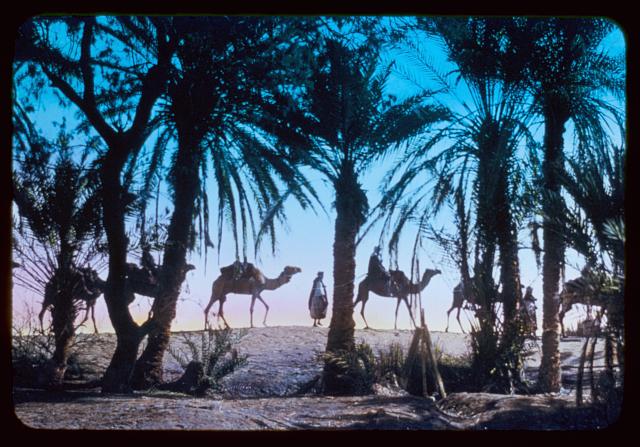 It’s how they responded to the God encounter that is so shocking.

It would set the stage for the unbelievable events that followed. They ran to Moses in a panic. “Tell God not to talk to us. God can tell you whatever He wants us to do and we’ll do whatever you tell us.”

Their eyes had seen the amazing symbols of God.

Their ears heard the voice of God.

But somehow, they missed God Himself.

How did they miss God? How do we miss God?

for God is come to prove you,

and that his fear may be before your faces, that ye sin not.

Look what happened next. Verse 21:

And the people stood afar off,

and Moses drew near unto

the thick darkness where God was.

Then God talked and Moses listened.

But this time the people didn’t hear. It’s funny, no maybe sad is a better word, that some people think God doesn’t talk anymore. Maybe the problem is we don’t listen anymore?

As Moses responded to God, God invited Moses to join Him on the mountain. Moses loved the presence of God and He wasn’t about to miss a single word God had to share.

They called on Aaron to make gods they could see because they did not know what had happened to Moses. This suggests they did not trust the Lord to be good to Moses. They feared that, like the gods of the Ancient Near East, the Lord had already consumed Moses. Cotton, Roger. Pentateuch (Kindle Locations 2411-2413). Global University.

They wanted a god they could see.

Delay of God’s promises is one of the most challenging tests of our relationship with Him. Staying committed to a relationship with someone who is invisible and who rarely speaks audibly is not easy. Israel, like most people, was quick to want something tangible to focus on and seek help from, thus breaking the second commandment. Cotton, Roger. Pentateuch (Kindle Locations 2431-2433). Global University. 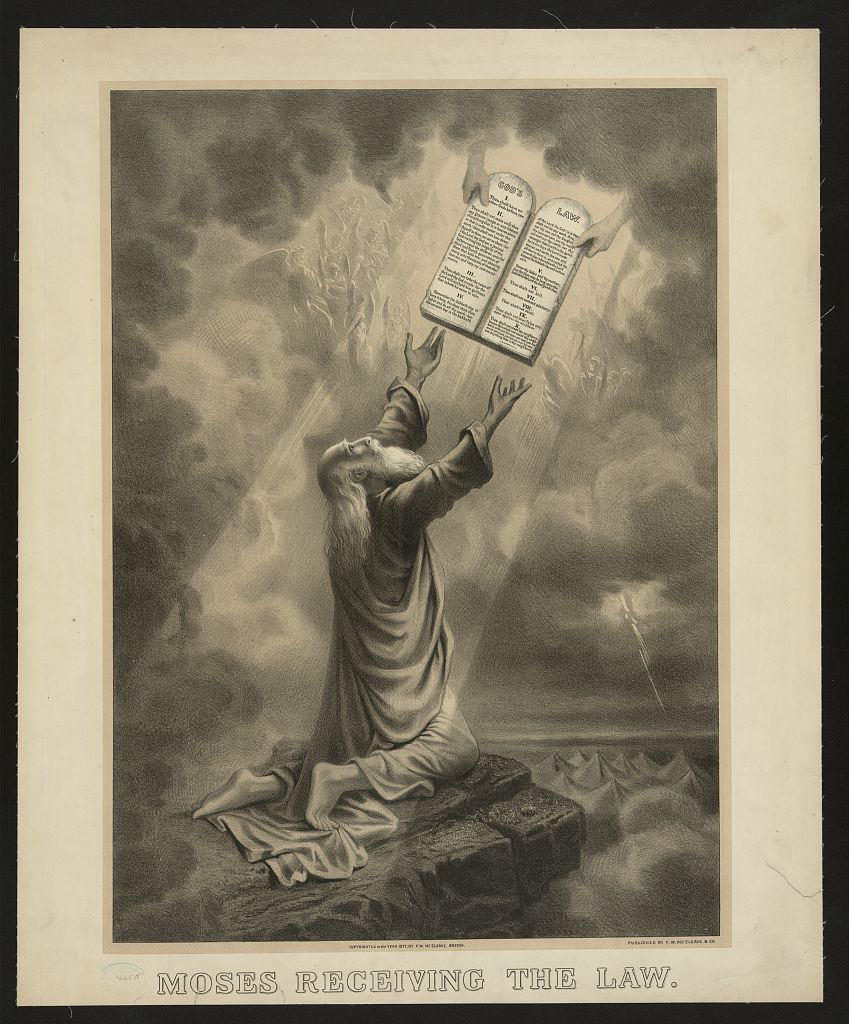 Before Moses could return from his mountaintop adventure with God, the Israelites were yanking the earrings out of their wives ears and erecting a golden calf to worship. (Ex 32:2)

They promised to do all God said,

They heard God say I am the God that delivered you out of Egypt’s slavery,

but they were calling the golden calf Israel’s God and crediting it with their deliverance.

And within days they are dancing and singing and worshipping around one.

When we don’t value the Words of God and the Presence of God, even with the best of intentions, we’ll fail miserably at doing what God says. And it cost over 3,000 people their lives.

They refused to embrace the fear of God; the reverential respect that causes us to realize God means what He says…both the promise and the consequences.

The fear of the LORD is the beginning of wisdom, and knowledge of the Holy One is understanding. Proverbs 9:10 NIV

That Holy reverence is a protective fence at the edge of the precipice. It is healthy and life giving. Without embracing the fear of God we fall prey to the fear of man, the fear of evil, the fear of death.

And one more time the Israelites blew it.

Don’t miss what God has for you!

18You have not come to a mountain that can be touched and that is burning with fire; to darkness, gloom and storm;

22But you have come to Mount Zion, to the city of the living God, the heavenly Jerusalem. You have come to thousands upon thousands of angels in joyful assembly, 23to the church of the firstborn, whose names are written in heaven. You have come to God, the Judge of all, to the spirits of the righteous made perfect, 24to Jesus the mediator of a new covenant, and to the sprinkled blood that speaks a better word than the blood of Abel.

25See to it that you do not refuse him who speaks.

If they did not escape when they refused him who warned them on earth, how much less will we, if we turn away from him who warns us from heaven?

One thought on “Into His Presence”