What a way to begin a blog! But it’s the truth!

Arrogant; AND selfish; AND unsympathetic; AND complacent; AND heartless. I get annoyed trying to describe him.

He didn’t fear God, so he didn’t feel he was required to do the right thing or even answer to God for his actions!

He didn’t care about people either!

This indifferent, pompous judge held lives in his hands. His decision was final. If he abdicated his role to act or enforce the laws to bring justice to victims, there was no recourse.

He had the resources…the power…the ability…but wore apathy like a crown. His legal and moral obligation was buried under the exaggerated layers of conceit and supremacy.

So when a poor, helpless widow lady begged for his help, she wasn’t worth his attention…

So he simply did nothing! 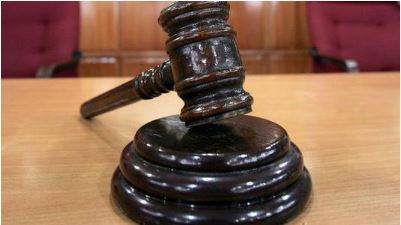 But this story isn’t about the judge (I am so glad, because this guy makes me so mad!)….

So let’s shift our attention to the game changer–

In this illustration, Jesus was painting a picture of a poor, defenseless widow. Weak people are often victims of the powerful and ruthless. That was the plight of many widows in that era.

So she took her case to the one person that had the power to help her…the uncaring judge.

She wanted justice, not revenge, not retaliation—simply justice!

Silence so loud that it screamed disgust.

So she went back!

Again she  pled her case.

Again she asked for justice.

And again, she returned.

What made her go back?

I would have pouted!

I would have told all my friends! I would have complained, but I would not have gone back.

What makes a person go back like she did?

How do you fight off the discouragement?

But the point glaringly remains, she did. She persevered and she got justice. You better believe justice was sweet.

In this story from Luke 18…Jesus simply starts his story with the explanation. I have a story I want to tell you, so you don’t get discouraged and quit!!!

Sometimes you can’t trust your emotions!

It is so tempting to look at Scripture through the lens of instant gratification and feel impatient when our 5-second prayer doesn’t get a response.

Or when our months or years of praying, doesn’t seem to be producing any results.

Jesus was about to answer that question with two questions…”7And will not God bring about justice for his chosen ones, who cry out to him day and night? Will he keep putting them off?”… Jesus asked two questions, but He wasn’t looking for a response. He was echoing their internal question…

His illustration painted a powerful picture of perseverance.

Perseverance that continued in spite of…

Why keep praying? Will God answer?

8 “I tell you, he will see that they get justice, and quickly…”

Oh! Praise God!!! I am sorry to interrupt in the middle of this verse, but you gotta see this. Jesus says, “he will see that they get justice, and quickly.”

Oh, I am so thankful for that reality! He will hear your prayers (and mine too). He loves you. I’m not saying He does everything or even anything the way you tell Him to do it. But God will take care of you!

The real foundation of this story goes back to one question, “Can you really trust God?”

Trust is based on faith that God is who He says He is and He will do what He says He will do! And perseverance says, “I will stand and believe until I receive His Promise!”

Now, let’s look at the rest of that verse.

I struggled here. Is Jesus changing the subject? I thought He was telling us not to quit and then in the middle of the same verse He’s looking for faith.

This blog was delayed because I had some digging to do.

After lots of study…I had to ask, “Could it be that Jesus is putting perseverance under a microscope so we can glimpse the strategy behind what we would call a delay in answered prayer?”

That’s not a bad thing. It will get a wicked judge to rule favorably.

But when we are talking about prayer and our relationship with our heavenly Father, what fuels our persistence?

For me personally, when I face a desperate situation I run to God because I am afraid. But my desperation also draws me to Scripture. As I absorb and nourish my spirit with God’s promises and His presence, the fear that initially drove me to my knees is replaced by a faith that keeps me coming back.

A believer’s persistence isn’t driven by fear. It is nurtured and developed by faith.

Not blind faith, but the eyes wide-open kind of faith that sees and knows the heart of God is always good. He is always faithful. He is always trustworthy and He answers our prayers.

And that is what Jesus is looking for…He’s looking for faith. Without faith it’s impossible to please God!

I rejoice and bask in the reality of this simple truth Jesus shared with His followers. Don’t quit! Keep praying! Keep believing! And expect God to answer.

Oh thank you Jesus for putting this story in the Bible. I pray for my readers. Help them not to be discouraged. Help them not to quit praying or quit believing, but to persevere. Encourage their hearts to trust you more! Amen!