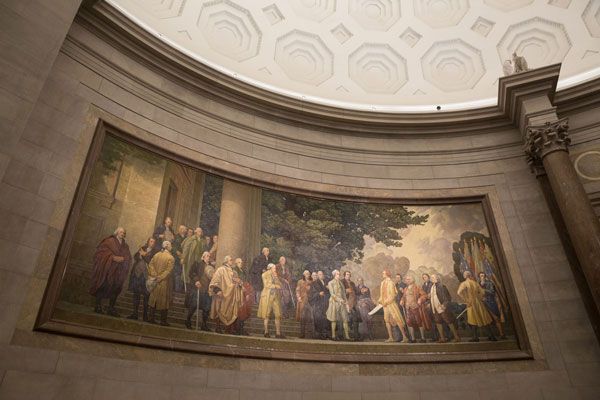 The Declaration of Independence was written by Thomas Jefferson. It declared independence from England in 1776. It is 29 3/4 inches long and 24 ½ wide. Strong light and careless handling caused excessive fading in America’s founding document. This founding document was far too valuable to lose. Something had to be done to preserve it. 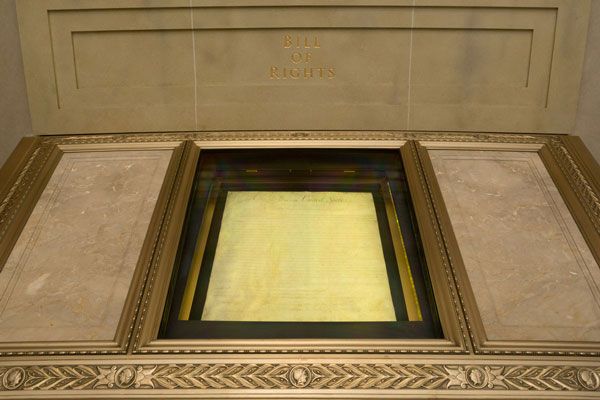 American leaders decided to display it in a special building called the National Archives Building. Three founding documents are housed in the Rotunda for the Charters of Freedom. The Declaration of Independence, Constitution and Bill of Rights are enclosed in a beautiful bronze case with slightly tinted green glass. The air inside the case is replaced with helium. The soft lighting is one more measure to prevent fading.

Guards and a scanner safeguard the entrance, while armed guards stand on either side of the documents. At night and in the event of an emergency the document is immediately be lowered into a specially designed, massive cement vault for safe keeping.

Israel had its own founding documents

After the Israelites left Egypt, God proclaimed 10 laws from a fiery mountain top to a trembling Jewish nation of former slaves. I can only imagine how frighten they must have been when they heard God’s voice and saw the fire and smoke. They were so terrified that they begged Moses to tell God not to talk to them anymore, but to him, (Moses) instead. They promised they would obey God’s laws.

God called Moses into the mountain and wrote the 10 commands with His finger on stone tablets. And no that’s not even close to the same thing as your Kindle tablet.

The people felt like Moses was never going to come back down the mountain. So they asked Aaron to make them a god they could see. It was only a matter of days until they broke their promise and God’s oral law… the one about the idol. That’s right, they built and worshipped a golden calf. God wanted His people to remember His laws and keep them, so Moses carried the tablets down the mountain. When he realized the people were worshipping an idol it made him so mad that he threw the tablets down on the ground and smashed them into pieces.

Oral instructions can be forgotten. Paper documents like the Declaration of Independence can fade or get torn or ripped. Stone tablets can be broken. So how do we keep them?

“Therefore, give the people of Israel this message from the Sovereign LORD: I am bringing you back, but not because you deserve it. I am doing it to protect my holy name, on which you brought shame while you were scattered among the nations.

23 I will show how holy my great name is—the name on which you brought shame among the nations. And when I reveal my holiness through you before their very eyes, says the Sovereign LORD, then the nations will know that I am the LORD.

24 For I will gather you up from all the nations and bring you home again to your land.

25 “Then I will sprinkle clean water on you, and you will be clean. Your filth will be washed away, and you will no longer worship idols. 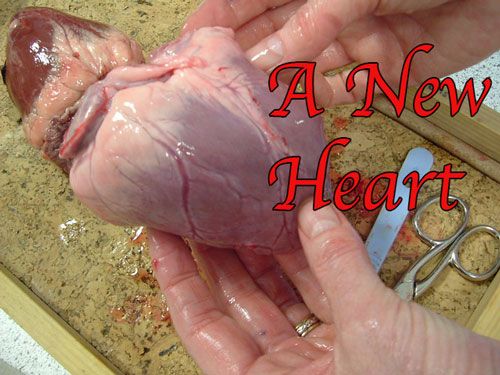 26And I will give you a new heart, and I will put a new spirit in you. I will take out your stony, stubborn heart and give you a tender, responsive heart.

27And I will put my Spirit in you so that you will follow my decrees and be careful to obey my regulations.

First, Christ said, “You did not want animal sacrifices or sin offerings or burnt offerings or other offerings for sin, nor were you pleased with them” (though they are required by the law of Moses).

9 Then he said, “Look, I have come to do your will.” He cancels the first covenant in order to put the second into effect.

10 For God’s will was for us to be made holy by the sacrifice of the body of Jesus Christ, once for all time.

11 Under the old covenant, the priest stands and ministers before the altar day after day, offering the same sacrifices again and again, which can never take away sins.

12 But our High Priest offered himself to God as a single sacrifice for sins, good for all time. Then he sat down in the place of honor at God’s right hand.

13 There he waits until his enemies are humbled and made a footstool under his feet.

14 For by that one offering he forever made perfect those who are being made holy.

15 And the Holy Spirit also testifies that this is so. For he says,

16“This is the new covenant I will make with my people on that day, says the LORD: I will put my laws in their hearts, and I will write them on their minds.”

17 Then he says, “I will never again remember their sins and lawless deeds.”

18 And when sins have been forgiven, there is no need to offer any more sacrifices. A Call to Persevere

19 And so, dear brothers and sisters, we can boldly enter heaven’s Most Holy Place because of the blood of Jesus.

20 By his death, Jesus opened a new and life-giving way through the curtain into the Most Holy Place.

21 And since we have a great High Priest who rules over God’s house,

22 let us go right into the presence of God with sincere hearts fully trusting him. For our guilty consciences have been sprinkled with Christ’s blood to make us clean, and our bodies have been washed with pure water.

23 Let us hold tightly without wavering to the hope we affirm, for God can be trusted to keep his promise.

24 Let us think of ways to motivate one another to acts of love and good works.

25 And let us not neglect our meeting together, as some people do, but encourage one another, especially now that the day of his return is drawing near.

What a wonderful promise!

A new heart and a new spirit. Not physical, but spiritual heart.

“I will put my Spirit in you so that you will follow my decrees and be careful to obey my regulations.”

God didn’t give us rules to be a kill joy!

He gives us rules and guidelines to protect us. Yet the reality remains we can’t keep the laws of God in our strength, so God give us a new heart, a heart that longs to please God AND He gives us His Spirit, His power and ability to obey.

God wants to write his laws in your heart, a perfect place to keep them preserved for all eternity. And when His laws are written in your heart they will preserve and protect you! 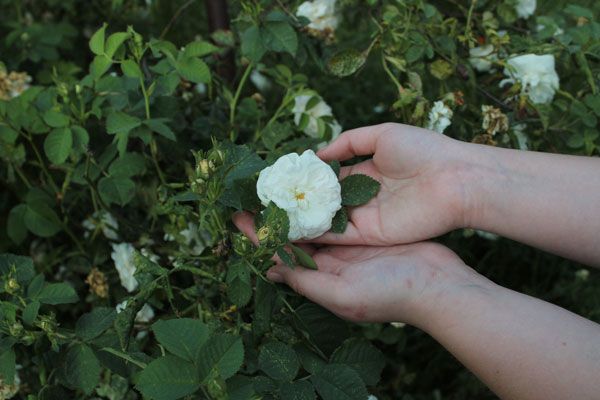 A little girl stretched out her chubby little hand to show her mom a tattered rose bud. Her mom understood why it looked so ragged looking when she saw all the pedals in the little girl’s other hand. She asked her mom, “Why is it when I try to open a rose it’s so ugly and when God opens it it is so beautiful? Without giving her mom a chance to answer she continued, “Oh, I know, God does it from the inside out.” And He does! He gives us a new heart and a new Spirit…His Spirit! Walk in newness of life. Walk in His righteousness instead of continuing in your carnal nature.