Kayden is fourteen months old. Sometimes when I tell him something he doesn’t want to hear, he turns his head and looks away. He get this blank expression on his face, as if to say,  “I’m not listening. I’m doing what I want to do. Leave me alone. I don’t have to do what you say!”

He thinks his way is best.

It gets him stuck in tight places. It gets him –burned fingers. He does his thing, while his mom puts up gates on the stairs. Scours the floors for tiny objects that would go into his mouth. Searches the house when he does his disappearing act.

But what is our excuse.

We can’t blame  ignoring God on immaturity or ignorance.

Often they say…”I know what the Bible says, but I think…and then live according to personal opinion instead of the boundaries God has set. Not a wise thing to do. It has consequences!

We want to live guilt free, which is God’s plan. But instead of confessing our sins to God, so He can truly cleanse us from all sin, people excuse their sin instead of repenting. Not a wise thing to do. It has consequences!

Or they call it by a different name. They say, “I have a problem. I have this weakness.” And the name change seems to soothe their conscious. Not a wise thing to do. It has consequences!

People lie, and excuse it with, “That was such a little white lie that it doesn’t even count as a lie.  Or we change what we call it to a fib, so we don’t have to deal with it as sin. Not a wise thing to do. It has consequences!

People live their lives the way they want and then wonder why they aren’t experiencing God’s blessings.

Why doesn’t God answer their prayers?

Why is there such turmoil in my home? 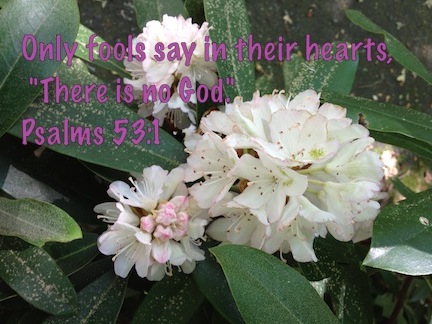 They reason God away. And the Bible says they are fools.

You’re no fool. As believers, we know there is a God. But do we live like we know God?

Verse 2 continues “God looks down from heaven on the entire human race; he looks to see if anyone is truly wise, if anyone seeks God.”

when I see how full we pack our lives, while leaving God out until we need something from Him.

when I see people that pick and choose what they believe from Scripture like they do from a buffet.

when I see people trying to live overcoming lives in their own strength.

A God seeker qualifies a person as being truly wise. And it has consequences. We call them benefits or blessings.

even when it is contrary to popular opinion.

even when it’s hard

…even when it costs you.

defines boundaries and choices through the lens of God’s laws.

enjoys spending time in His presence.

Fear of the LORD is the foundation of true wisdom. All who obey his commandments will grow in wisdom. Praise him forever! Psalms 111:10

I can tell you for sure, I knew my dad loved me. I knew that there wasn’t anything he wouldn’t do for me, but I feared him enough to know I had better do exactly what he said. There was no wiggle room for disobedience. And because of that fact, I enjoyed an amazing relationship with my dad. I didn’t see how much I could get by with. I wanted to please him, so I obeyed.

I’ve made up my heart, I’m not Gonna Be a Fool, not an April Fool or a fool any other time either!

I want God’s best, but that requires me to be a seeker of God.

So I repent quickly.

I establish prayer and Bible reading as a habit.

I ask God for His  direction in my choices.

I ask for His help and strength.