Does the Olympics take you to your favorite chair in front of the television, holding your flag with a heart swelled with patriotism?

Well, I can tell you for sure, every mention of the Olympics, whether it is Summer Olympics or Winter Olympics takes me back to 1996.

The Summer Olympics was being held in Atlanta, GA. The Olympic Flame was coming to my town and I wanted to see it.

Wayne was at work and I didn’t want to go alone. Kimberly was baby sitting, but agreed to take the baby and go with me. It was a dreary, rainy day. Being the great sitter she was, she didn’t want to get the baby wet. Mothers don’t like it when their babies get soggy! So we decided to wait at the covered overpass of the bridge where the ramp met the sidewalk .

The Olympic Torch was going to be transported to its next destination via boat, so I knew if we were patient enough we would get a bird’s eye view of the Olympic Torch. But I was shocked by what we saw. An official Olympic Employee, holding a container with the official Olympic Flame, flanked on both sides by armed Georgia Officers started down the ramp toward the waiting boat.

I was intrigued by what I saw. Guards, two of them, were there to protect the flame, because the flame was so valuable.

Some examples include when the law was given;  Moses and the burning bush and Elijah’s sacrifice to mention a few. The Bible even tells us that God is a consuming fire. (Hebrews 12:29) 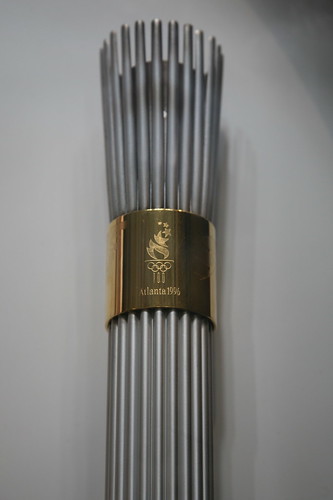 Just like fire is a symbol of the presence of God, there is another symbol that gets its orgin in the Old Testament. The symbol of anointing.

Anointing means to rub with oil. Kings were anointed. Priest were anointed. It was a public symbol that acknowledged a personal need of the presence of God to enable them to do what God had assigned them to do!

And if Jesus, our example, needed the anointing, then so do we!

Which brings me back to the armed guards. They were there to protect the flame because it was valued.

And my question is, “Do you value the Presence or the Fire of God in your life?”

Do you value the anointing or the Presence of God enough to protect it? 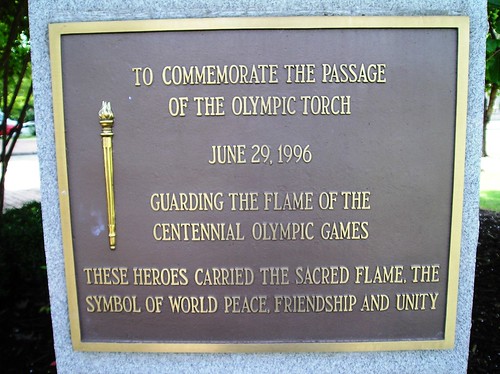 So we keep on praying for you,

asking our God to enable you to live a life worthy of his call.

May he give you the power

all the good things

your faith prompts you to do.

Seeing how those guards protected the flame, changed how I value the anointing of God on my life.

I’m quicker to repent. There are things other people do that I don’t do. Choices I’ve made. Commitments. Simply because the anointing is so valuable to me.

Something to think about….

This year the oldest torchbearer ever, a man that was 101 years old ran about 1/8 of a mile as part of the Olympic torch journey to Sochi.  He practiced or trained for his run with a frozen salmon! For some reason that is the funniest thing I’ve heard in a while. There were some really amazing Torch events this year. You can read them here.

I have additional teaching on the Olympic Torch for teachers.

This teaching on the Olympic Torch has impacted my life so much! If you are a teacher, this teaching will bless you.

A Blog Link on the Olympic Torch

How do you keep the enemy from stealing your promise?
What do you do with broken things?
Need a FAITH lift?