You will never hear me say, “Please, let me run”. But that’s what  I read in the story of Absalom’s coup in Scripture.

And I’ve heard my daughter-in-law, Jenny, say it in response to my wanting to give her a break away from the children. I suggested shopping. She suggested running. Maybe, I noticed the two runners, although they were only minor characters in the story,  because Jenny and her dad, Jim Popma, had just completed the Kalamazoo Marathon on May 4th.

Jenny’s first marathon resulted in 4th place in her age group. Jim ranked 2nd in his age group, which qualified him for the Boston Marathon. Second place! Congratulations Jim and Jenny! You amaze me and baffle me!

Why would anyone want to run 26.2 miles? I rode my bike 18 miles one morning with Jenny while she trained for the marathon. She chatted the whole way as if she were sipping sweet tea beside the pool instead of running mile after mile.  Yes, dear Jenny, you amaze me! So proud of you. 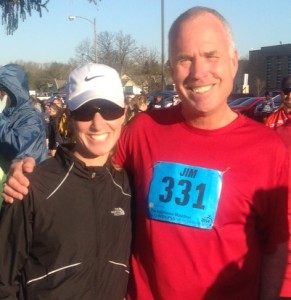 An Ethiopian foot soldier and

Ahimaaz the son of Zadok the priest.

But before we watch the race,

let’s visit a broken hearted father as he deals with the rebellion of his proud, ambitious son that will stop at absolutely nothing to seize his father’s throne. King David is rendered almost senseless. Wise advisors help him escape and insist that he remain safely in Mahanaim while his army faces Absalom’s insurrection under the command of the capable and zealous General Joab.

King David stood at the gate as the three regiments of soldiers left that day. Everyone heard the pain in his voice as he utters one final instruction, “Treat the young man Absalom gently for my sake.” (2 Samuel 18:5)

6 So the battle began in the forest of Ephraim,

7 and the Israelite troops were beaten back by David’s men. There was a great slaughter, and twenty thousand men laid down their lives that day.

8 The battle raged all across the countryside, and more men died because of the forest than were killed by the sword.

9 During the battle, Absalom came unexpectedly upon some of David’s men. He tried to escape on his mule, but as he rode beneath the thick branches of a great oak, his head got caught. His mule kept going and left him dangling in the air.

Absalom’s crowning glory becomes his noose, as he dangles from the branches by his thick hair. (Do you think the soldiers laughed?) Joab and his men killed Absalom, buried him and piled stones on the grave. With the blast of his trumpet, Joab gathered his victorious army.

All that was left now was for someone to carry the news to King David.

19 Then Zadok’s son Ahimaaz said, “Let me run to the king with the good news that the LORD has saved him from his enemy Absalom.”

20 “No,” Joab told him, “it wouldn’t be good news to the king that his son is dead. You can be my messenger some other time, but not today.”

21 Then Joab said to a man from Cush, “Go tell the king what you have seen.” The man bowed and ran off.

22 But Ahimaaz continued to plead with Joab, “Whatever happens, please let me go, too.”

“Why should you go, my son?” Joab replied. “There will be no reward for you.”

Then Ahimaaz took a shortcut across the plain of the Jordan and got to Mahanaim ahead of the man from Cush.

24 While David was sitting at the city gate, the watchman climbed to the roof of the gateway by the wall. As he looked, he saw a lone man running toward them.

25 He shouted the news down to David, and the king replied, “If he is alone, he has news.” As the messenger came closer, 26 the watchman saw another man running toward them. He shouted down, “Here comes another one!” The king replied, “He also will have news.”

27 “The first man runs like Ahimaaz son of Zadok,” the watchman said. “He is a good man and comes with good news,” the king replied.

28 Then Ahimaaz cried out to the king, “All is well!” He bowed low with his face to the ground and said, “Blessed be the LORD your God, who has handed over the rebels who dared to stand against you.”

29 “What about young Absalom?” the king demanded. “Is he all right?” Ahimaaz replied, “When Joab told me to come, there was a lot of commotion. But I didn’t know what was happening.”

You know better than that!

You know the whole story!

Why did you chicken out?

If you didn’t want to be the bearer of bad news, then why did you run?

Joab, told you not to go!

He warned you there would be no reward!

Were you afraid that you might be punished if you carried the message that the king’s son was dead?

Then why did you go?

Did you just want to run?

Did you go for the competition?

Did you want an audience with the king?

Ahimaaz, you didn’t tell the truth!

But, you didn’t run with purpose.

You just ran for your personal aggrandizement!

You carried the message.

You told the truth, even though it was difficult.

You fulfilled the purpose you were sent to accomplish.

They both reached the same finish line, but had two entirely different goals.

The Cushite ran with purpose.

He ran with a message.

It was a message that would gouge the very heart of the king, but the servant delivered it.

Yes, that had to have been more dangerous than running with scissors. But it didn’t stop you!

His goal was not popularity!

His goal was not to receive a reward!

His goal was to deliver the message that he had been entrusted.

Every believer has been entrusted with a message to deliver.

And yes, I’m talking to you!

That message is a redemption message.

The message that echoes off the canyons of a life lived in obedience to His voice.

While the message we carry births newness of life, it also brings death to the old nature, to human reasoning, to the carnal way of doing things. 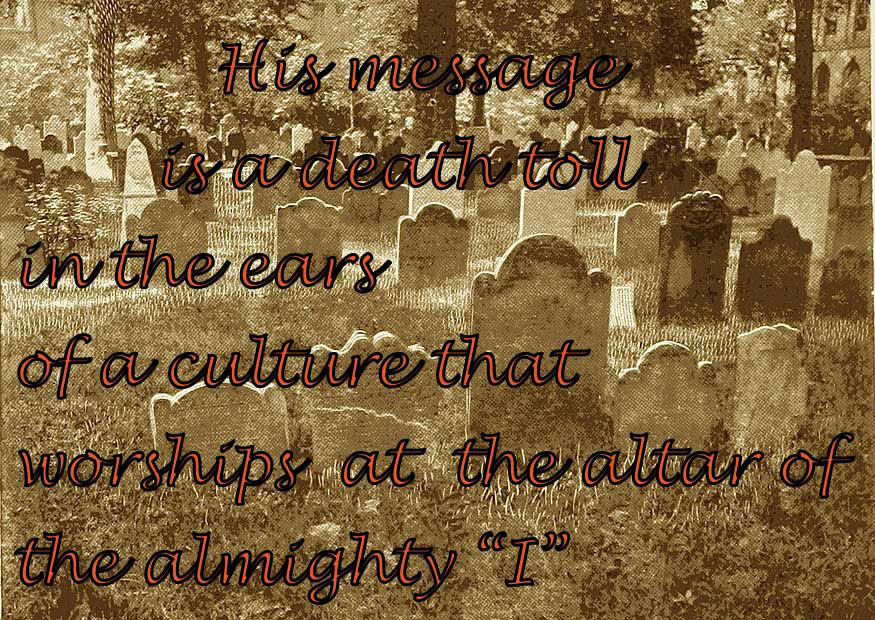 It is a message of surrender to:

That message flies in the face

It takes the commitment of a marathoner to deliver His message of truth. 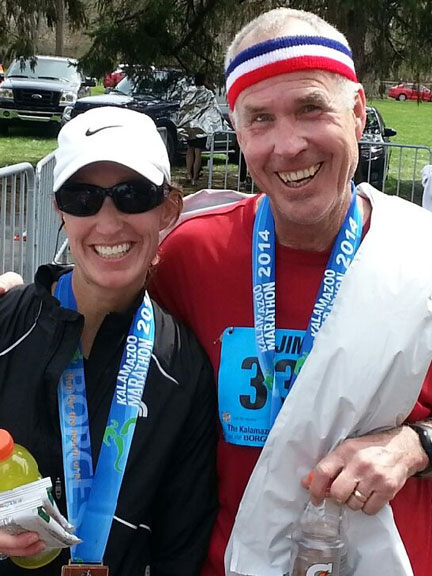 It’s not enough to just run.

It’s not enough to enjoy the race.

We must run with the message of TRUTH and deliver it faithfully.

Paul writes to the Galatian believers, You were running the race so well. Who has held you back from following the truth? Galatians 5:7

We can’t afford to just run through life without a purpose. There are people around you that need to hear the message of God’s love and redemption.