Episode 11: What do you do when life gets hard?

I want to ask you that question, “What do you do when life gets hard?” If you do what most folks do you complain, “It’s too hard!” If yours are like mine were, I’ve heard them whine dozens and dozens of times, “It’s too hard! But what they were really saying is “I quit!”

Our natural response to a problem is often anxiety or fear. Think about the first time you spoke in front of an audience or the last time you did something you had never done before; do you remember how hard your heart was pounding in your chest? Your brain did that. When your brain sensed danger it sent set off an alarm in your body.

Your brain is an amazing organ. It has so many functions. One function is to protect you…the first responder part of your brain sends off those warning signals to help you either fight or run. It wants you to avoid anything and everything that causes you pain. But there’s a problem…the part of the brain that recognizes danger (the Amygdala) can’t distinguish between real danger and potential danger.

When you experience pain your brain tells you something like, “This is awful—gotta stop this pain!” All pain isn’t bad. It hurts, that’s not good, but it’s necessary pain. Every pregnant mom understands that labor pains are not bad, they mean she is about to give birth. She understands that this pain is normal and she prepares herself with skills to manage the pain.

Pain is a part of process

1 Peter 4:12 NLT “Dear friends, don’t be surprised at the fiery trials you are going through, as if something strange were happening to you.”

Even though you are believer, you are not exempt from pain.

Pain is part of life.

Whether you push through that pain to reach your goal or stop in the middle of the pain begins with your thoughts. A wrong attitude about pain makes you look at your problem through the dark lens of hopelessness.

Craig Groshell said “Most of life’s battles are won or lost in the mind.” 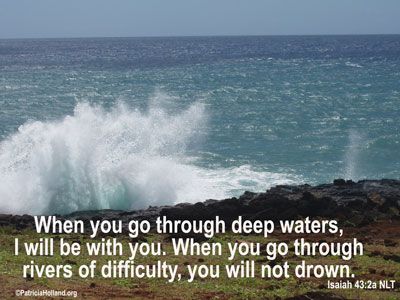 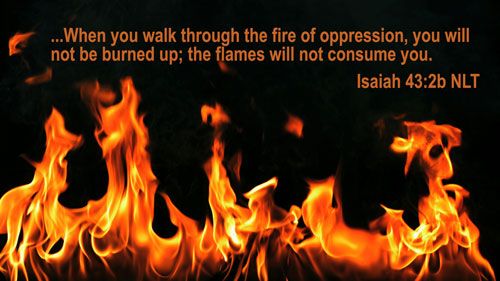 I have held on to that promise so many times…so many times. God has always, always brought me through the fire. I’ve been burned by relationships and situations; but now I am healed. 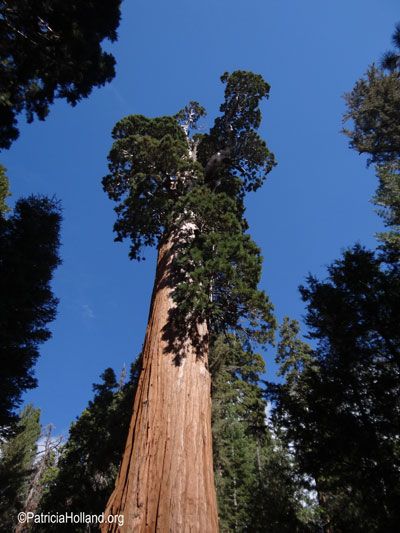 Sequoias are magnificent giant trees that live only in the Sierra Nevada Mountains. Many are over a thousand years old.

The fire hurts…but in God’s divine nature He designed a healing process for trees and people. When it comes to people, sometimes healing is a process…sometimes it is a miracle. In trees it is a process that leaves a dark scar. The scar is a reminder, a testimony that this is a place that healed. 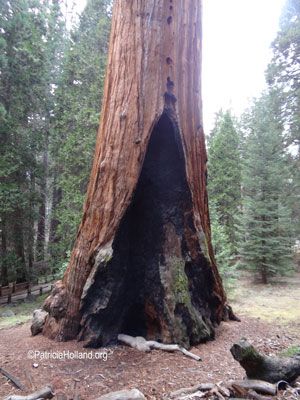 You may think the scar is ugly, but to the tree it is the difference between life and death. Don’t let your story end with the pain. Some people never let God heal them so their story ends with the pain. Wounds that don’t heal get gangrene…and you know how serious that is.

Does your scar say, ”This is where a healing took place” or “Ouch! Don’t touch me!”  Don’t waste your pain; your scar can be the triumphant story of God’s healing. I’m going to talk about more about brokenness in a later podcast.

This attitude shift comes by changing the way you mentally approach problems.

It helps to talk to your self.

I recently had a problem in my business. Instead of being overwhelmed with anxiety, I grabbed my attitude by the nap of the neck and told myself, “I am about to see God show up in a powerful way.” I felt God’s peace flood my heart as soon as I said those words.

I haven’t always handled anxiety that way. In the past I looked at the situation through a lens of hopelessness! I’ve complained. I’ve said things like, “Not again! Why does this always have to happen to me?”

Romans 8:28 NLT works in every area of our lives…”

And we know that God causes everything to work together for the good of those who love God and are called according to his purpose for them.”

Some folks say look for the good in your problem, but this verse reminds us to look for God when we have a problem. He’ll turn it or put it together in such a way that is produces something valuable, something good in or for us.

Put it in a special notebook or note cards so you can grab them quickly and nourish your thinking. When you read the verse, think about its meaning. Pray the verse. Turn the verse into a faith declaration.

Find a song that fits the situation or one that encourages your heart and play it on repeat. Refocus your thoughts on His promises when your mind wants to worry.

John Adams said “Every problem is an opportunity in disguise.”

Napoleon Hill said “Every adversity, every failure, every heartache carries with it the seed of an equal or greater benefit.”

James 1: 2 Consider it a sheer gift, friends, when tests and challenges come at you from all sides. You know that under pressure, your faith-life is forced into the open and shows its true colors. So don’t try to get out of anything prematurely. Let it do its work so you become mature and well developed, not deficient in any way.

Consider my problem a gift?

Wow! That thought is an attitude changer.

Bill Gates wanted to put a computer on every desk and in every home.

There were so many problems, obstacles and challenges that stood between them and their dream.

At the time it seemed impossible, but they found a way. 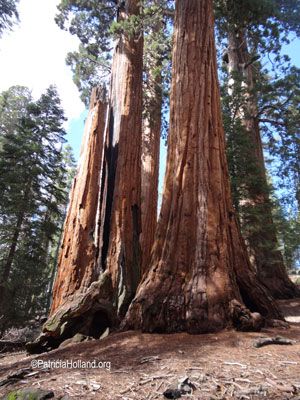 Earlier I said that sequoias are fire dependent, it needs a fire to reproduce. Sounds crazy, huh!

Most of the Sequoias grow in areas that are now National Parks (NPS). Because they are so rare and magnificent, the park service took their responsibility to protect the Sequoias very seriously. Anytime there was a fire, whether it was ignited by lightning or carelessness, the NPS extinguished it with the same intensity you would put out a house fire.

But they soon noticed there were no new sprouts. And they also noticed that when a fire got started it was much harder to extinguish because the lack of regular fires allowed the dry shed limbs and the kindling growing around the Sequoia to accumulated. The piles of dry kindling made huge, very hot fires.

But first the ground needs a fire…underneath the tree is a heavy mat of thatch, that would literally choke and smoother the seed. Growing around the sequoia is a variety of smaller trees that are gobbling up the nutrients in the soil. When a fire comes it removes the thatch mat and the competition. After a fire, the ground is nourished and ready to grow the baby giant.

Removes the competition that hinders their growth.

As the fire is burning up the heavy thatch and underbrush, the heat from the fire drafts up the tree and dries out the cones. As the cones dry out they open like a flower, releasing seeds onto prepared ground. Now a new sequoia can begin to grow.

Are you going through a fire?

Let me ask you again, “What do you do when it’s hard?” 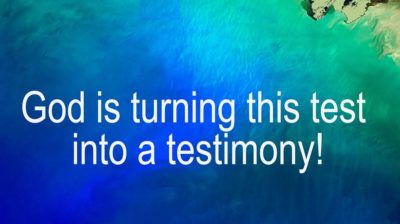 Don’t miss the next session we will look at How to develop a problem solving mind set.

Make Me Beautiful
Made in His Image...Why does that matter?