I really want to know… “How is your race going?” It’s so important to me that I struggled over this post for two days. While you think about your answer…and will you please share it with us in the comment section below… will you take a walk with me? Washington D.C. is one of my favorite places to walk…especially for a prayer walk.

The Thomas Jefferson building, one of the four Library of Congress buildings, is my absolute favorite building. Then my 2nd favorite is the Capitol Building.

The architecture of the Capitol is breath-taking.

Housed inside the Capitol building is the National Statuary Hall Collection. It is absolutely fascinating collection of 100 statues of important people. I was curious…”Who are these people and why are they there?” 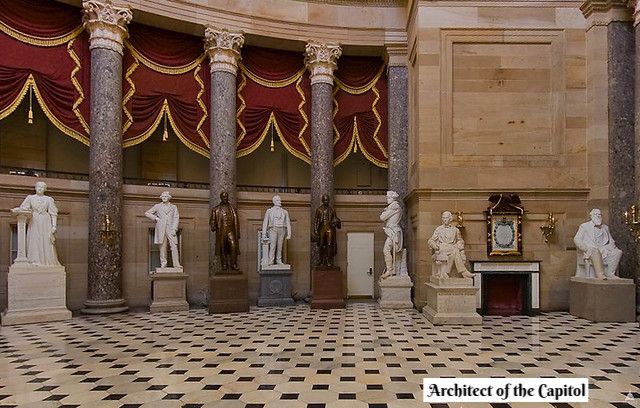 I later discovered the main exhibition space was once used as a hallway for the House of Representatives; after the House moved it became Statuary Hall. This two story, semicircular room is one of the most popular rooms in the Capitol. In 1864, Congress invited each state to contribute statues of two of their most important, most influential citizens to represent them in Statuary Hall. When Statuary Hall became too crowded, 38 statues were beautifully rearranged, while the remaining statues were distributed throughout the Capitol Building and Capitol Visitor Center.

I can’t imagine how a state would pick a person to represent them.

the person that could represent their state in the very best light.

All sorts of people made it there,

Since I am an Alabama girl

I was anxious to see who actually made it, I mean their statue made it, to the Capitol. Out of all the historical people that could have been selected Helen Keller and Joseph Wheeler made it. Helen Keller’s name was one that I remembered from my school days, but I wasn’t familiar with Joseph Wheeler or his role in Alabama. 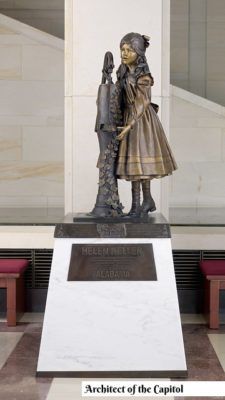 I was surprised that there were so many names in that Hall of Heroes that I didn’t recognize. I may not recognize their names…but every single person is there because their lives made a difference in their state.

When I think of that hall of heroes, it always takes me to another Hall of Heroes…for me one that is even more important, the Heroes of Faith.

Paul writes about in Hebrews 11.

I know…there is a little debate about the author of Hebrews, but most folks (some a lot smarter than myself) agree that it was Paul.

Paul takes us down a biblical hallway of heroes of faith.

Unlike the hallway in the capitol building, every single name is identified by one trait–faith. While that might seem odd, Paul begins our walk down the hallway with an introduction on why faith is so important.

that I don’t want to mess up his words, so I’m gonna let him speak for himself. I’m going to use New Living Translation. You can read it out of your favorite.

1Faith shows the reality of what we hope for; it is the evidence of things we cannot see.

2Through their faith, the people in days of old earned a good reputation.

3By faith we understand that the entire universe was formed at God’s command, that what we now see did not come from anything that can be seen.

Then Paul begins to point out specific Heroes of Faith and a brief overview of what they did…
Abel brought a sacrifice
Enoch didn’t die
Noah built a boat
Abraham traveled to an unknown place.
Isaac blessed his sons
Jacob blessed Joseph sons.

Did you see that? Blessed? Of all the things that God could have put on Paul’s heart to share about Isaac… about Jacob. But it says they blessed sons.

Are you blessing your children?

It is so easy to speak what you see instead of speaking the promises of God over them.

Let’s go back to Scripture.

23It was by faith that Moses’ parents hid him for three months when he was born. They saw that God had given them an unusual child, and they were not afraid to disobey the king’s command.

24It was by faith that Moses, when he grew up, refused to be called the son of Pharaoh’s daughter.

25He chose to share the oppression of God’s people instead of enjoying the fleeting pleasures of sin.

26He thought it was better to suffer for the sake of Christ than to own the treasures of Egypt, for he was looking ahead to his great reward.

27It was by faith that Moses left the land of Egypt, not fearing the king’s anger. He kept right on going because he kept his eyes on the one who is invisible.

28It was by faith that Moses commanded the people of Israel to keep the Passover and to sprinkle blood on the doorposts so that the angel of death would not kill their firstborn sons.

29It was by faith that the people of Israel went right through the Red Sea as though they were on dry ground. But when the Egyptians tried to follow, they were all drowned.

30It was by faith that the people of Israel marched around Jericho for seven days, and the walls came crashing down.

31It was by faith that Rahab the prostitute was not destroyed with the people in her city who refused to obey God. For she had given a friendly welcome to the spies.

32How much more do I need to say? It would take too long to recount the stories of the faith of Gideon, Barak, Samson, Jephthah, David, Samuel, and all the prophets.

33By faith these people overthrew kingdoms, ruled with justice, and received what God had promised them. They shut the mouths of lions,

34quenched the flames of fire, and escaped death by the edge of the sword. Their weakness was turned to strength. They became strong in battle and put whole armies to flight. 35Women received their loved ones back again from death.

But others were tortured, refusing to turn from God in order to be set free. They placed their hope in a better life after the resurrection.

36Some were jeered at, and their backs were cut open with whips. Others were chained in prisons.

37Some died by stoning, some were sawed in half, and others were killed with the sword. Some went about wearing skins of sheep and goats, destitute and oppressed and mistreated.

38They were too good for this world, wandering over deserts and mountains, hiding in caves and holes in the ground.

39All these people earned a good reputation because of their faith, yet none of them received all that God had promised.

What was Paul saying?

Redemption was part of God’s plan, but it couldn’t be fulfilled until Jesus came. These Old Testament heroes had faith that accomplish amazing things, but Jesus had not paid the price of our sins yet. His death gave us access into God’s presence. He torn down the veil that prevented people from entering into the Holiest of Holies! (Hebrews 10:19-22)

Because of Jesus we can come boldly into His presence. In the new covenant He puts His laws in our hearts and writes them in our minds. (Hebrews 10:15-16)

He had a very important reason for walking us down the Hallway of Heroes of Faith. Let’s keep going in Chapter 12. I want to read from The Message version. 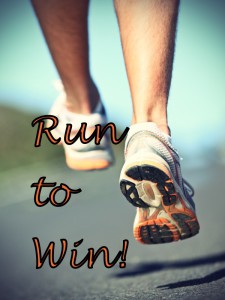 Do you see what this means—all these pioneers who blazed the way, all these veterans cheering us on? It means we’d better get on with it.

Keep your eyes on Jesus, who both began and finished this race we’re in. Study how he did it.

Because he never lost sight of where he was headed—that exhilarating finish in and with God—he could put up with anything along the way: Cross, shame, whatever.

And now he’s there, in the place of honor, right alongside God.

When you find yourselves flagging in your faith, go over that story again, item by item, that long litany of hostility he plowed through. That will shoot adrenaline into your souls!

4-11 In this all-out match against sin, others have suffered far worse than you, to say nothing of what Jesus went through—all that bloodshed!

So don’t feel sorry for yourselves.

Or have you forgotten how good parents treat children, and that God regards you as his children?

My dear child, don’t shrug off God’s discipline,
but don’t be crushed by it either.
It’s the child he loves that he disciplines;
the child he embraces, he also corrects.

God is educating you; that’s why you must never drop out.

He’s treating you as dear children. This trouble you’re in isn’t punishment; it’s training, the normal experience of children.

We respect our own parents for training and not spoiling us, so why not embrace God’s training so we can truly live?

While we were children, our parents did what seemed best to them. But God is doing what is best for us, training us to live God’s holy best. At the time, discipline isn’t much fun.

It always feels like it’s going against the grain.

Later, of course, it pays off handsomely, for it’s the well-trained who find themselves mature in their relationship with God.

12-13 So don’t sit around on your hands! No more dragging your feet!

And run for it!

I realize that today’s post is different than most. I’ve used lots of Scripture because these verses paint a picture of  where so many believer’s are right now. I struggle with it too.

We get discouraged when we feel like we are not accomplishing enough. But it’s no time for us to allow discouragement to stop us.

There is too much at stake for you to just watch the race from the sideline. 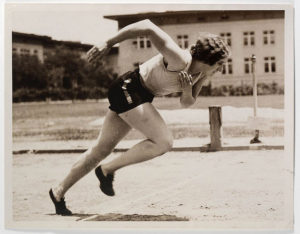 not somebody else’s race…

Do what God is telling you to do.

Be encouraged.
Run with endurance the race that is set before you!
We must keep our eyes on Jesus.

He is the author and the finisher of your faith.

He wants to enable you to run your race well. It’s a race you can win. He didn’t call you to this race to frustrate you.  He wants to help you!

There is a reward for winning!

And the reward is worth the trouble you’re going through.

Right now you are feeling the burn…the pain…but God has a reward that far out weighs the pain.

Get your eyes off how hard it is and back onto Jesus!

Father, I ask you to help my friend to run their race well. Help them not to be weary in well doing. Help them to lift their eyes off the race and onto your face. You are their strength and song. Help them to bring glory to your name through their attitude, their words and their choices. Thank you, Father. Amen.

Feeling Stuck? 5 Ways to Get Un Stuck
Are you a Faultfinder or Faith-Finder
Need a FAITH lift?